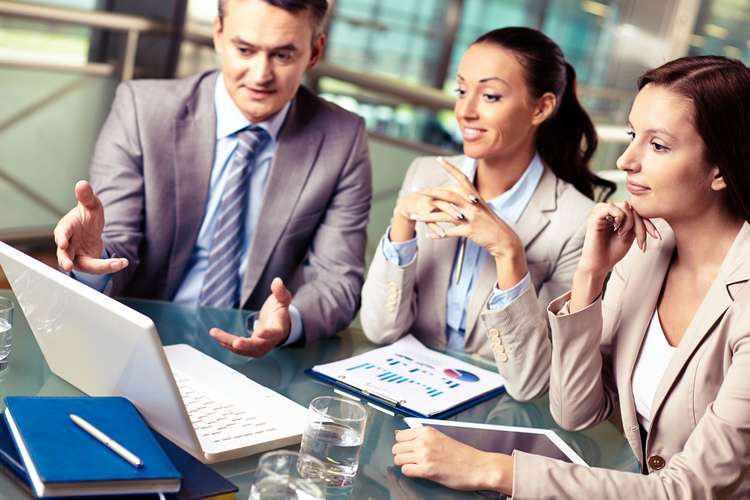 On August 24, 2017, the staff of the Canadian Securities Administrators other than Saskatchewan (CSA) published CSA Staff Notice 46-307 Cryptocurrency Offerings (the Staff Notice) in response to increased activity within the distributed ledger technology or “blockchain” industry. The Staff Notice provides guidance regarding the application of Canadian securities laws to businesses operating in that industry, in particular those undertaking initial “coin” or “token” offerings (ICOs), exchanges on which those coins, tokens and cryptocurrencies are traded and investment funds that invest in such assets.

The Staff Notice provides that in the CSA’s view many coins, tokens and cryptocurrencies fall within the definition of “securities” under Canadian securities laws. An offering of such tokens would therefore require a prospectus or exemption from prospectus requirements and businesses supporting and operating ancillary to such tokens could be subject to registration requirements. The Staff Notice also provides that such products may also be derivatives and subject to the derivatives laws adopted by the Canadian securities regulatory authorities.

The Staff Notice confirms speculation among industry participants and advisors that Canadian regulators would take this approach, which is similar to the positions articulated by the United States Securities & Exchange Commission and securities regulators in Singapore.

With respect to ICOs, the Staff Notice provides that, from the CSA’s perspective, many of the ICOs completed to date involved the sale of securities and that securities laws in Canada will apply if the person or company selling the securities is conducting business from within Canada or there are Canadian investors in the tokens.

The CSA are aware of businesses marketing their tokens as software products and taking the position that the tokens are not subject to securities laws.  It appears to be the CSA’s view, however, that in many cases, when the totality of the offering or arrangement is considered, the tokens should properly be considered securities.  In assessing whether or not securities laws apply, the Staff Notice states that the CSA will consider substance over form and apply a purposive interpretation to the law with the objective of investor protection in mind.

In determining whether or not a token is a security, the Staff Notice states that Canadian regulators will consider each ICO on a case-by-case basis and apply the test articulated in the Supreme Court of Canada case, Pacific Coast Coin Exchange v. Ontario Securities Commission. In applying such test, the Canadian regulators would consider whether the ICO involves: i an investment of money, ii in a common enterprise, iii with the expectation of profit, iv to come significantly from the efforts of others.

The Staff Notice provides two examples that would likely result in different conclusions by Canadian regulators with respect to an offering of tokens.  In the CSA’s view, tokens purchased for the purpose of playing video games on a platform may not be considered to be securities.  Conversely, tokens whose value is tied to the future profits or success of a business would likely be considered to be securities.

The Staff Notice gives no additional guidance with respect to the relevance of any additional factors in assessing whether a coin or token is a security, such as: i the utility of the token and whether or not the token can be used outside the platform or can be exchanged for, or used to create, other tokens or instruments that the Canadian regulators would consider a security, ii the consumptive nature of the token and what happens to the token when it is used or “burned up”, iii the marketing of the ICO, iv the representations provided in respect of, or the development post-ICO of, a secondary market for trading the tokens and any encoding on the protocol proposed to limit or preclude the development of a secondary market for trading the tokens, v the monetary policy underlying the tokens, vi the maturity of the technology, service or platform at the time of the ICO, vii the tax treatment of the proceeds of the ICO, and viii the voting or control rights in respect of the technology, service, platform or business. This lack of additional guidance is perhaps understandable given the relatively early stages of this industry.

The Staff Notice goes on to highlight the securities law requirements that apply in the event that the tokens are considered to be securities, namely prospectus and registration requirements.

As discussed above with respect to ICOs, whether a particular token is or is not a security becomes a gating consideration for the launch or operation of a cryptocurrency exchange seeking to list or facilitate trades in such a token. Presumably, if an exchange were to list and trade only cryptocurrencies and tokens that are not securities, it would avoid the application of securities laws in this area. Without being able to precisely determine what is or is not a security, however, determining which assets to list would be difficult for a cryptocurrency exchange.

With respect to funds that wish to invest in cryptocurrency as an asset class, a pool of assets invested in cryptocurrencies on behalf of investors may be considered an “investment fund” under Canadian securities laws regardless of whether the investments are securities or not. The Staff Notice provided several cautionary reminders about the Canadian securities laws applicable to investment funds, including that access to retail investors will be limited, due diligence will be required regarding the exchanges on which the assets trade and, considering the nascent nature of these exchanges, valuations may be difficult.

An entity that acts as manager of any such fund would be required to be registered as an investment fund manager and, depending on how the fund is marketed and sold, the involvement of a registered dealer may be required.

Whether a registered advisor would be required to be engaged is a more interesting question because the requirement for registration as an advisor is based on being in the business of providing advice in respect of securities. Similar to ICOs and exchanges, then, whether a coin or token is or is not a security is a gating issue on this point as well.

The Staff Notice also reminds readers that an investment fund’s assets are required to be held by a custodian that meets certain prescribed requirements. Given that cryptocurrencies and tokens are typically held in online “wallets”, it is unclear whether traditional fund custodians such as banks and trust companies are practically equipped to meet the custodial needs of such funds.

Because the question of whether a particular cryptocurrency or token is or is not a security is central to the application of securities laws to the blockchain industry, it is helpful for industry participants and advisors to know that Canadian regulators are considering the question. Further guidance on how the CSA might apply the test laid out in the Pacific Coast Coin Exchange to assess some of the common characteristics of a token would be a helpful next step. In the meantime, the Staff Notice encourages businesses operating in the industry to contact their local regulators in order to discuss the specifics of that business and how it can best comply with applicable securities laws.

Share on FacebookShare on TwitterShare on Linkedin
Related Topics:CANADIAN SECURITIES ADMINISTRATORS ISSUE
Up Next