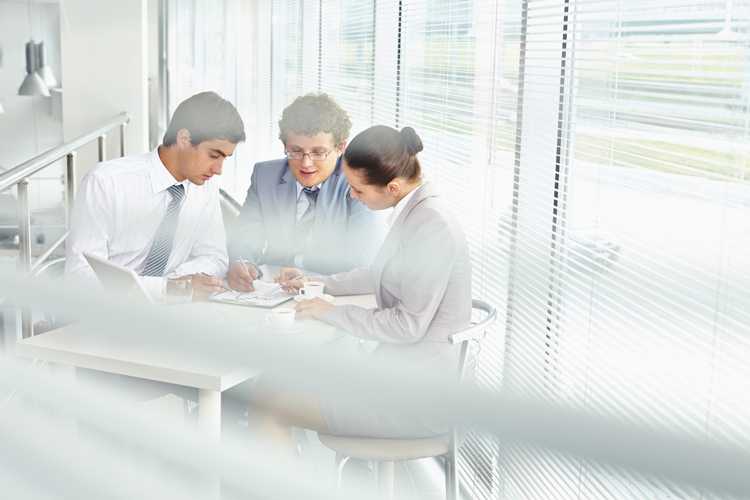 C2FO, the world’s market for working capital®, today announced the results of its annual Working Capital Outlook Survey, which found that the majority of small and medium-sized businesses (SMEs) are more concerned about competition from emerging markets and higher interest rates than the effects of Brexit and the upcoming US presidential elections. Despite these concerns, SMEs are focused on long-term growth and adopting alternative financing options that provide access to working capital.

The C2FO Working Capital Outlook Survey examined the preferences of more than 1,800 SMEs in the United States and in the UK, Germany, France and Italy (EMEA) for improving working capital efficiency. It gauged respondents’ sentiment on trends associated with economic and political factors, financing, working capital deployment and supplier-buyer relationships.

The majority of SMEs (55 percent) find cash flow as the biggest obstacle for business growth and over 40 percent indicated an increase in working capital needs compared to last year. Meanwhile, more than a quarter (29 percent) of respondents have no or limited ability to borrow. This is primarily due to high interest rates and the difficulty in obtaining a loan from a traditional banking partner.

The cost of borrowing for SMEs remains high as only 48 percent of SMEs indicated that they can get financing at rates below 8 percent. Borrowing is most expensive in the UK and US as only 42 percent and 47 percent of SMEs respectively borrow at a rate below 8 percent compared to France (52 percent), Germany (51 percent) and Italy (58) percent. In the UK and US, these numbers fell from last year (48 percent and 58 percent), demonstrating the increasing cost of financing. Those in media, retail/leisure and construction are borrowing at the highest rate compared to other industries.

“The aberrationally low interest rate environment is polarizing the global liquidity imbalance,” said Sandy Kemper, Chairman and CEO of C2FO. “Corporates are increasingly being charged to hold deposits, while the banks themselves are struggling with increased regulatory burden that impedes their ability to loan to the SMEs which are such an integral part of the global economy. It is therefore increasingly important for those SMEs to consider alternative financing options that can close this gap and kick-start economic growth.”

More than 60 percent of SMEs are concerned with their ability to finance long-term growth. While the UK, Germany and France show high levels of concern (over 60 percent) around financing long-term compared to short-term growth, Italian SMEs are split in the middle, mirroring the current economic and banking instability the country is experiencing. If SMEs had access to additional reasonably priced liquidity, more than three quarters would use it to finance long-term growth plans and purchase more inventory or equipment and invest in new technologies.

Overall, SMEs are adopting a wide variety of sources to finance themselves including traditional banking options like credit lines and asset-back loans which have increased in popularity since 2015, especially for larger SMEs. Invoice financing solutions (ranging from supply chain financing, factoring and invoice discounting) are providing funding to almost 20 percent of the surveyed SMEs and 18 percent of are using peer-to-peer lending.

Cash flow from operations remains the most significant source of SME funding with 76 percent of SMEs in EMEA and in the US relying on their own profit to survive and grow. Unlocking the potential of invoices, due and owned, appears to be the favorite SME working capital strategy, even compared with 2015 (58 percent). Additionally, over 75 percent of SMEs in EMEA believe the Brexit referendum will have no impact on their ability to access financing.

Late payment practices are prevalent with 19 percent of SMEs reporting that their customers often pay invoices later than expected. In the US, the percentage of late payers has decreased from 20 percent in 2015 to 14 percent in 2016. Quite the opposite in the UK, where late payments occurred more frequently in 2016 (20 percent) compared to 2015 (11 percent). In Italy, 50 percent of customers pay their invoices late to the surveyed SMEs. The largest SMEs can rely on the most customers paying on time (83 percent).

When deciding which customers to do business with, 75 percent of respondents declare that it is important that their customers offer supplier friendly accelerated payment options. In the US, the perceived importance of early payment facilities has increased from 56 percent in 2015 to 77 percent in 2016.

“The increasing need for liquidity is pressing SMEs to pursue a variety of funding sources,” said Colin Sharp, SVP EMEA at C2FO.

“However, as the large majority of SMEs still finance themselves with cash flow from operations, there is a significant opportunity for businesses to optimize working capital through better relationships with customers and better use of accounts receivables.”

MILLENNIALS PLACE MORE VALUE ON THEIR TIME OVER HAVING MONEY