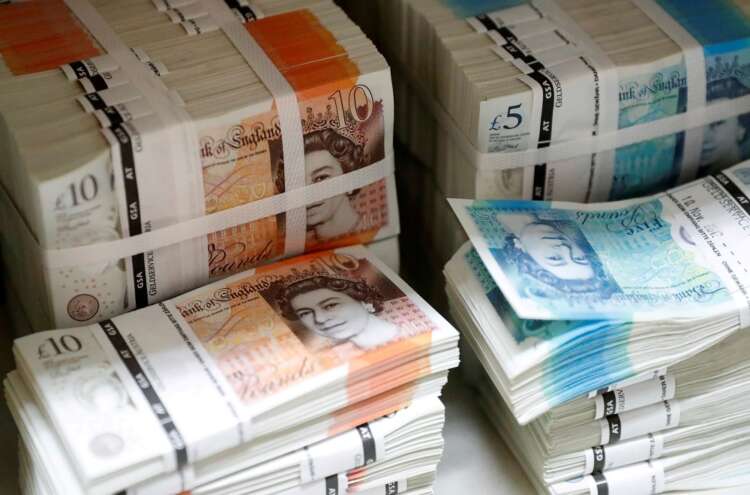 LONDON (Reuters) – Sterling fell to its lowest since mid-July against the dollar on Monday as surging energy costs and a summer of strikes highlighted the UK cost of living crisis and intensified fears for further economic slowdown.

Amid worries around Britain’s surging inflation and declining economy, sterling recorded its biggest weekly fall against the U.S. dollar since September 2020 on Friday.

Against a weakening euro, sterling held at 84.82 pence, edging 0.1% higher on the day, after falling to a near four-week low against the single currency on Aug. 19.

“The weak UK growth outlook continues to weigh on the pound. News that Ofgem is set to announce on Friday that UK average annual household energy bills are likely to rise to more than 3,500 pounds ($4,128.60) reinforces the headwinds facing consumers,” said Jane Foley, head of FX strategy at Rabobank in London.

Britain’s cap on domestic energy prices is expected to rise to over 4,200 pounds a year in January, up 230% on the year before, due to soaring wholesale costs and changes in the way the cap is set, analysts said in August.

The squeeze on household incomes has already led to strikes by the likes of rail and bus workers demanding higher pay rises.

Money markets are pricing in another 50 basis point rate rise from the Bank of England next month as the central bank seeks to smother surging inflation at 10.1% in July. [IRPR]

In its August meeting, the BoE raised its benchmark interest rate to 1.75% from 1.25%, the sixth hike since late 2021 and the biggest in 27 years. It warned of a recession by the end of the year that could last until 2024.

Official data also showed Britain borrowed more than expected in July, underscoring the challenge facing the country’s next prime minister over how to provide more support to consumers.

The pound has weakened more than 3% in August against a strengthening dollar, which has been supported by safe-haven flows. The UK currency is one of the worst performers among G10 currencies this year. 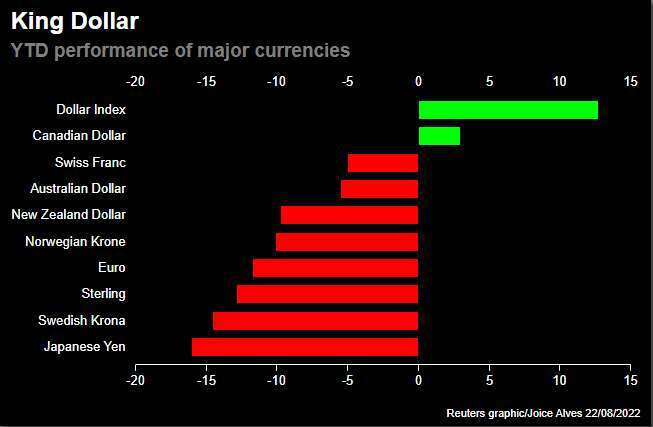 Factbox-What impact will strike at Britain’s busiest container port have?