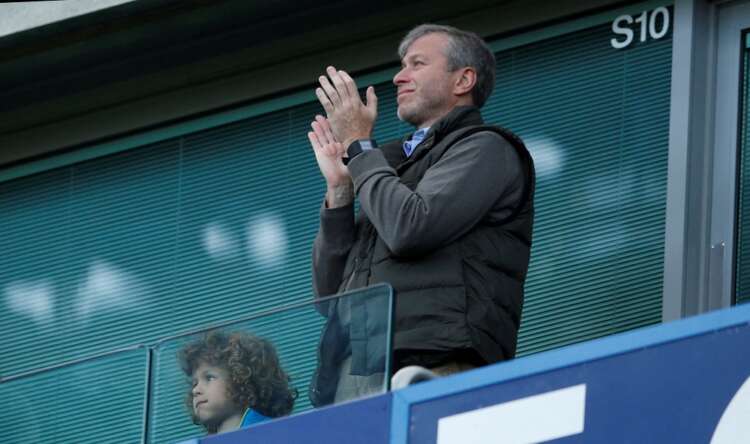 By Michael Holden and William James

LONDON (Reuters) – Britain must have a solid legal case before sanctioning individuals, a government spokesman said on Thursday, following a Times newspaper report it will not designate Roman Abramovich and other Russian oligarchs for weeks or months, if at all.

There have been growing calls from British lawmakers for Abramovich to face sanctions after Russia’s invasion of Ukraine. Prime Minister Boris Johnson said on Wednesday he could not comment on individual cases when asked why the billionaire had not been targeted.

Citing an unnamed government source, the Times on Thursday reported that the government had so far been unable to prove reasonable grounds for sanctioning the Russian businessmen.

Asked about the report, Prime Minister Boris Johnson’s spokesman said that the government had to make sure they had solid legal grounds before moving against individuals, but that Britain was not being held back.

“We’ve gone further and faster than we’ve ever gone before,” the spokesman told reporters. “Of course … we keep under constant review whether or not we can do more to allow us to go even faster.”

So far, Britain has imposed sanctions on 12 individuals over the invasion, but critics in parliament say the government has not gone far enough or fast enough against those linked to Russian President Vladimir Putin.

Britain has sanctioned fewer people than the European Union up this point.

The Times said the Foreign Office and National Crime Agency had been unable to prove there were ‘reasonable grounds’ for designating the most prominent oligarchs with ties to Britain for sanctions because they had struggled to link their finances to the Putin regime.

Abramovich, one of the most powerful businessmen who earned fabulous fortunes after the 1991 break-up of the Soviet Union, has accepted a Ukrainian request to help negotiate an end to the Russian invasion of Ukraine, his spokeswoman said this week.

His spokeswoman declined immediate comment on the Times report.

The paper said Foreign Secretary Liz Truss wanted to sanction Abramovich but had been frustrated because of a failure by British authorities to build a case against him, amid warnings the government could be sued for millions of pounds if action was taken on a flawed legal basis.

The Foreign Office did not immediately respond to a request for comment.

The Times reported that the National Crime Agency had tried in 2018 to build a case against Abramovich, the owner of English Premier League soccer club Chelsea, but failed.

“We do understand that some of these are deep pocketed people. That doesn’t mean they are immune or exempt in any way. We will be going after people as needed,” security minister Damian Hinds earlier told BBC TV.

A spokesman for the National Crime Agency (NCA) said it was only one of the agencies involved in providing evidence or intelligence on whether someone should be sanctioned, adding that if the agency had any such material it would be brought forward.

“It isn’t just down to us to make the case,” the spokesman said. “If we were in a possession of material that would support sanctioning an individual we would provide it.”

On Wednesday, Abramovich announced he would sell Chelsea and donate money from the sale to help victims of the war in Ukraine.

British lawmakers have said any delay in imposing sanctions would allow Russian oligarchs to move money out of the Britain.

“I don’t understand why we haven’t seized a single Putin oligarch yacht, palace or serious asset yet. Unlike our European neighbours,” opposition Labour politician Chris Bryant said on Twitter.