BREXIT AND THE UK FINANCIAL SECTOR 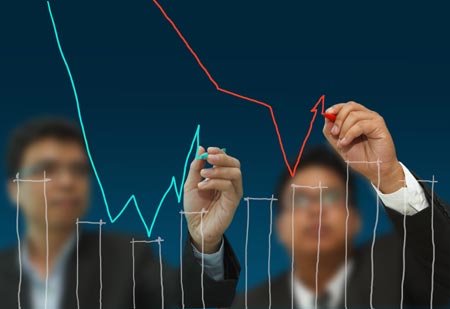 The UK Government had faced a growing internal conflict between pro and anti EU factions for some time. As part of their election manifesto, they proposed a referendum to undercut the anti-EU people thinking the outcome was easy. This was only done to deal with some internal party politics – the final impact far transcends party politics and represents the classic “unintended consequence”. The proposal put to voters was simple, “do you wish to remain or leave the EU?”.  One box on the ballot paper to tick, nothing more. The debate leading up to the referendum was raucous, spirited, passionate and in the end, shocking.  It exposed massive discontent with the EU and politics as usual, especially regarding unrestrained EU immigration.  We now understand that these feelings are evident across the EU as well but more on that later.

As a result of the voting results, the current UK Prime Minister, David Cameron, has announced his intention to resign.  The Conservative Party will elect a new leader.  As the governing party, the new leader will automatically become the new Prime Minister and that is likely to happen before October, possibly earlier.  Nothing much will happen before then although there will be lots of discussions behind the scenes and much jockeying for leadership positions. Cameron had an uncomfortable meeting with EU heads of Government and no doubt tried to use this as a chance to start some informal negotiations, to what effect is anyone’s guess.  The level of sorrow and anger toward the UK among this group is strong and does not bode well for our exit negotiations.  Pro-Brexit people dismiss this is short term posturing, claiming that we are too important a market for the rest of Europe to ignore.  This is simply naïve, as will become increasingly clear.

Exit negotiations are impossible to predict. Some believe that the EU will be very tough on the UK, trying to extract its “pound of flesh” as revenge for leaving. Those who believe this expect the UK to have very difficult terms imposed in exchange for future market access, etc. Others believe that EU leaders now recognise the same issues prevail across the EU and that this may be an opportunity revise the entire EU format. Clearly, the stresses and strains on the EU are massive right now. Populist movements in France, Holland, Sweden, Denmark and Poland (among others) are all pushing for a similar referendum process in their own countries. So EU stability is not a foregone conclusion and the outcomes are hard to predict.

For the financial sector, there are some things we can say with certainty. First, ALL current EU law will continue to apply for the foreseeable future. All laws that have come into force as a result of EU Directives have been transposed into UK law so they will remain unless removed by an act of Parliament. The Treaty of Lisbon is the most recent EU treaty governing membership matters. Under Article 50 of that Treaty, the UK Government must formally notify the EU Council of Ministers of its intention to withdraw from membership. That starts a two year clock during which negotiations on withdrawal occur. That may not be long enough but no one really knows. It now clear that the formal notification will occur until after a new Government is in place in the UK, likely in October. The UK will continue to be a member until completion of the process. It will thus continue to be bound by all existing EU laws and regulations during the transition period. That includes financial regulations.  Thus, the new Market Abuse Regulation WILL come into force on 3 July and the FCA will be enforcing those new provisions.  The MiFID II provisions (as well as MiFIR) will also come into force in Jan 2018 unless exit negotiations go very quickly.  All pre-existing regulation, either in the form of Directives or Regulations, will continue in force as.  EU Directives have been transposed into UK law by Parliament so all of those will continue in force until/unless Parliament rescinds them.  Financial sector rules based on EU Regulations are in a more ambiguous position as they were not directly transposed into UK laws.  Parliament may choose to pass implementing legislation for these and if not, it will need to fill the gaps created by their removal.  Given the scope, complexity and importance of these rules/laws/regulations, the process will be massive and by no means quick.  Indeed, the fastest way to deal with the challenge may be to pass Brexit transitional legislation that re-confirms all existing laws/rules/regulations from the EU remain in place until later alteration or amendment.  Most EU laws relating to financial services have come into force under Directives that have been transposed into UK law.  But the overall task is massive – tens of thousands of pages of complex laws to be reviewed before they are either ejected or re-affirmed.  It has never been done before but it will not be quick.

UK financial sector firms will loose passporting rights to EU markets unless successful negotiations leave them in.  This would have a cost impact on firms, requiring new subsidiaries within the EU from which to market.  Banks may well loose their ability to clear the Euro in London, something that would impact jobs as well as local revenues.  If the UK is to have any chance of retaining most of its current financial sector clout, future arrangements will need to insure “equivalency” vis a vis the EU.  To achieve that position, the UK is likely to retain most, if not all, EU regulations on its own statute books.

The new UK Government will want to establish as much calm as possible and as quickly as possible but I expect much market volatility in light of new developments over the next several months.  This will be a period in which firms will need to look not at the next two years but well beyond, in order to determine the kind of business model that will work most effectively in the new non-EU world.

REGULATORY CHANGE MANAGEMENT TOOL – THE NEED FOR A HOLISTIC VIEW

RISE OF THE ‘HOLIDAY CASH MULE’