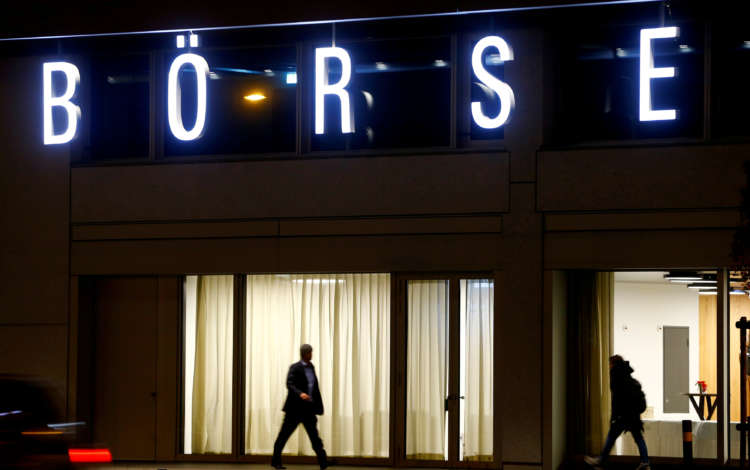 By Tom Arnold and Hideyuki Sano

The spectre of higher U.S. bond yields also undermined low-yielding, safe-haven assets, such as the yen, the Swiss franc and gold.

Benchmark 10-year U.S. Treasuries slipped to 1.453%. They earlier touched their highest levels since a one-year high of 1.614% set last week on bets on a strong economic recovery aided by government stimulus and progress in vaccination programmes.

“Equities and yields continue to both drive and thwart one another,” said James Athey, investment director at Aberdeen Standard Investments.

“Fed speech continues to express very little concern and certainly is not suggestive of any imminent action to curb the rise in yields. The Powell speech today is hotly anticipated, but I fear more out of hope than rational expectation.”

The MSCI’s ex-Japan Asian-Pacific shares lost 1.8%, while Japan’s Nikkei fell 2.1% to its lowest since Feb. 5.

E-mini S&P futures slipped 0.2%. Futures for the Nasdaq, the leader of the post-pandemic rally, fell 0.1%, earlier hitting a two-month low.

Tech shares are vulnerable because their lofty valuation has been supported by expectations of a prolonged period of low interest rates.

But the market is focused on Powell, who is due to speak at a Wall Street Journal conference at 12:05 p.m. EST (1705 GMT), in what will be his last outing before the Fed’s policy-making committee convenes March 16-17.

Many Fed officials have downplayed the rise in Treasury yields in recent days, although Fed Governor Lael Brainard on Tuesday acknowledged that concerns over the possibility a rapid rise in yields could dampen economic activity.

In addition, anxiety is building over a pending regulatory change in a rule called the supplementary leverage ratio, or SLR, which could make it more costly for banks to hold bonds.

“The market is likely to be unstable until this regulation issue will be sorted out,” said Masahiko Loo, portfolio manager at AllianceBernstein. “There aren’t people who want to catch a falling knife when market volatility is so high.”

The market will also have to grapple with a huge increase in debt sales after rounds of stimulus to deal with a recession triggered by the pandemic.

The issue is not limited to the United States, with the 10-year UK Gilts yield on Wednesday touching 0.796%, near last week’s 11-month high of 0.836%, after the government unveiled much higher borrowing.

On Thursday, Germany’s 10-year yield was down 2 basis points to -0.31% after rising 5 basis points on Wednesday, still moving in tandem with U.S. Treasuries.

Currency investors continued to snap up dollars as they bet on the U.S. economy outperforming its peers in the developed world in coming months. [FRX/] The dollar rose to a roughly seven-month high of 107.33 yen.

“U.S. dollar/yen has been on a one-way trajectory since the start of 2021,” said Joseph Capurso, head of international economics at the Commonwealth Bank of Australia. “The brightening outlook for the world economy is a positive for both U.S. dollar/yen and Australian dollar/yen.”

Other safe-haven currencies were weakened, with the Swiss franc dropping to a five-month low against the dollar and a 20-month trough versus the euro.

Other major currencies were little changed, with the euro flat at $1.2054.

Investor focus on a U.S. economic rebound was unshaken by data released overnight that showed the U.S. labour market struggling in February, when private payrolls rose less than expected.

Oil prices rose for a second straight session on Thursday, as the possibility that OPEC+ producers might decide against increasing output at a key meeting later in the day underpinned a drop in U.S. fuel inventories. [O/R]