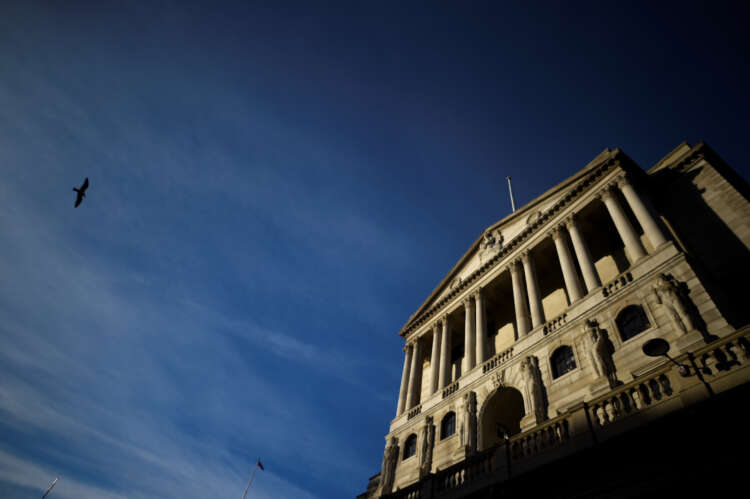 LONDON (Reuters) – The Bank of England can hold off on raising interest rates because investors are doing some of the central bank‘s work for it by betting on tighter monetary policy in Britain and the United States, BoE interest rate-setter Catherine Mann said.

“They see that monetary policy normalisation is the direction of travel … and so they are doing their homework and they are starting to price in that direction of travel,” Mann said during an online discussion organised by the Euro50 Group, which debates European economic and financial policy issues.

“This means that there’s a lot of endogenous tightening of financial conditions already in train in the UK. That means that I can wait on active tightening through a Bank Rate rise,” she added.

Many investors are betting the BoE will raise interest rates before the end of the year, becoming the first major central bank to do so since the start of the coronavirus pandemic.

Mann, a former chief economist at the Organisation for Economic Co-operation and Development and at U.S. bank Citi who joined the BoE in September, has previously sounded less worried about inflation than other Monetary Policy Committee members.

Last month she said she expected inflation pressures to be “transitory” rather than “troubling”.

On Thursday, she said she was keeping an eye on the risk that supply chain problems and trade barriers created by Brexit might allow British companies to raise prices more than their peers in other countries, creating greater inflation risks.