BILLON GROUP REACHES US AHEAD OF SCHEDULE THANKS TO FINTECH71 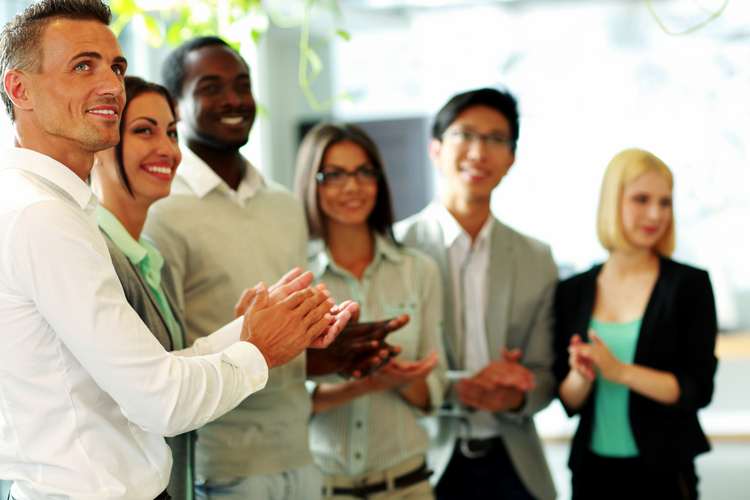 Billon isn’t your average start-up. The company created a groundbreaking distributed ledger technology, which is specifically tailored to disrupt micro and alternative payments in the world of loyalty and other incentives. Billon’s technology is licensed to banks to allow them to replace cash, cheques, pre-paid cards and vouchers with digital transactions that have zero underlying cost, while adhering to strict global regulatory regimes.

“We’re a silver start-up,” jokes Putts. By that he means that Billon has assembled a formidable, highly experienced senior management team around the founder and CEO Andrzej Horoszczak. Putts himself is a three-time bank CEO who helped set up Poland’s first internet bank in the late 90s, before leading two other European banking operations.

Part of the challenge when exploring accelerator programmes was that Billon is quite mature. The company spent four years working in ‘stealth mode’ to perfect a new digital payment technology that had major financial potential. Most accelerators are inflexible and want to acquire a relatively large stake of a company for a fixed price. Billon was already too advanced and valuable for that.

“Other accelerators weren’t right for us,” says Putts. “That is a real selling point from the Ohio team. They assembled a strong group of mentors and participating companies, and then negotiated a bespoke deal which doesn’t dilute existing shareholders. We really appreciated their flexibility.”

Out of hundreds of initial applicants, Billon is the sole UK representative in the first cohort of Fintech71, securing a $100,000 stipend and six months’ free office space, alongside a range of invaluable advice and networking opportunities with leading financial institutions. These include access to all of the participating companies’ C-level decision-makers and over 100 world-class mentors across a wide range of industries.

In addition to Putts’ commitment to spending at least 30% of his time in Ohio during the ten-week intensive Fintech71 programme, the company also moved two staff to Ohio and may even look to start hiring for an American office. It’s a huge jump in a direction that the London-based firm hadn’t necessarily envisaged making so soon.

“If we weren’t in this programme we wouldn’t be in the US yet,” Putts says, “Our plan was to explore the US after our next funding round. Our technology smoothly integrates into existing banking systems and regulatory frameworks, and as we have an FCA e-money license in the UK, our focus was on developing client solutions which we can then license to our partners.”

“Our technology is well-suited to solving the challenges of financial inclusion. So if Fintech71 hadn’t come in, we might have looked first to Africa or India. But there’s a need to solve financial inclusion for the 70 million US households dependent on part-time work to support the household – a lot of people are paid using cheques and other expensive instruments, which we can eliminate altogether.”

Alongside this exciting market opportunity, Ohio also promises access to leading banking partners, and potentially influential backers. At the moment, Billon uses its own license in Europe to prove the product-market fit of its technology, but the company’s strategy is to license its technology and solutions to partners in as many countries as possible.

“We don’t want to compete with banks, we want to enable them to succeed,” Putts says. “Our strategy is to disrupt from within. We can work within any regulatory system and can interconnect rapidly into a bank.

“We also want to widen our capital base. We’ve raised over US$7 million to-date without institutional financing, and we want to lever this programme to raise our profile and reach one of our three goals, which is to collaborate with leading global investors.”

But first and foremost, Billon hopes the Fintech71 experience, with its top-level mentors, supporters and associated companies, will help it land its first blue-chip US client.

“Ohio is home to the headquarters of many potential clients,” notes Putts, “We know the sales cycles are long, but we are excited to be here, and committed to making this work.”