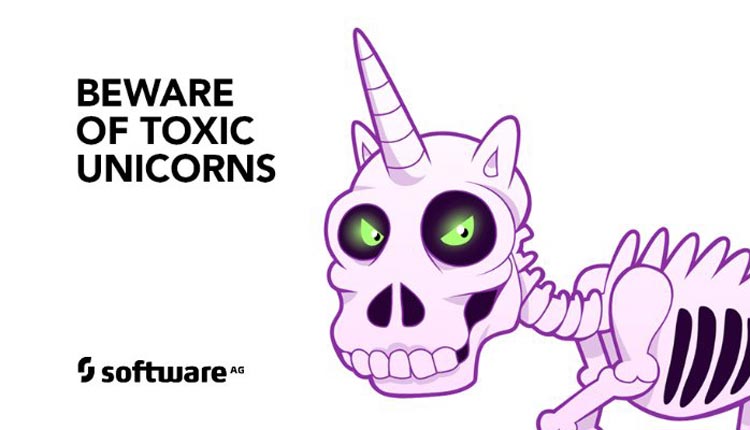 In the spirit of “coopetition,” high street banks are cozying up to Fintech start-ups, but the prospect of partnering with a “toxic” one looms large. Rather than try to compete directly with disruptive Fintech firms, banks are making decisions whether to partner with, or even buy, start-ups that offer a quick way into true innovation, whether in payments, blockchain or lending.

No one doubts that Fintech, together with blockchain, is one of today’s hottest topics in financial services, with dozens of start-ups in London alone. Of the startups to make the Fintech50 list this year, 29 were in London. Most have been around for just two to five years. The lucky ones that reach the magic valuation of $1 billion are known as “unicorns.” Their products range from payments to mortgage lending to bond market social networking, and most have solid backing by venture capital. A staggering $13.8 billion in VC was invested in Fintechs last year, up from $6.7bn in 2014, according to a report by KPMG and CB Insights.

Banks are certainly attracted by Fintechs’ innovation, and Fintechs on their end are attracted by banks’ user bases and reach. Initiatives for creating a more collaborative environment confirm this mutual interest. The question is whether this is going to be a fairy tale of mutual benefits or if the risks involved with innovation will curb the benefits.

Banks are justifiably concerned about Fintech’s stability. High profile flame-outs, such as toxic Fintech Powa in February, demonstrate the potential risks of dealing with a startup – which by definition of Lean Startup’s Author Eric Ries is “a human institution designed to create a new product or service under conditions of extreme uncertainty.”

If there is one thing that banks like above all else it is certainty. Ideally banks would like their business partners, Fintechs included, to be well managed, well governed and low risk. Similar concern is shared by the UK’s Financial Stability Board, which wants to evaluate any potential for “systemic risk posed by emerging innovations in financial technology.” Today’s banks are lacking the culture, skills and resources to innovate at the speed that the market dictates and Fintechs represent their fastest option to remaining relevant in their offerings while they transform themselves. So can banks protect themselves from partnering with uncertainty? How?

Today the greatest attention is given to integration, a lot of focus is given to easy and fast onboarding of Fintechs at product and process level (API management is one topic), but very little is said about the need for a quick offboarding of these partners. To do that, banks need to have the right processes and governance in place to reduce any impact a difficult partnership could have on their core business.

Real-time monitoring of partner activities will also allow banks to protect themselves from toxicity among their Fintech partners. Whether it is due to a Fintech initiating a transaction with a blacklisted country, or due to negative press coverage, a toxic partner could damage the most valuable asset a bank has today – its reputation.

Finally, governance, risk and compliance, which is costing banks so much money in fines and in managing regulations, and which up until now Fintechs have been able to smartly avoid, will eventually land on the Fintech world. Fintechs must prepare for that and partnering with banks will ease that process; banks have the skills, tools and resources to ease the transition for their most valuable business partners.

As consultancy EY said: “Executives must ask themselves why, what and how they are innovating — and have great confidence that each answer is grounded in a robust growth strategy and protected by a digital risk platform.”

Banks want to do business with Fintechs and vice-versa, and the party is just starting. Let’s make sure no toxic ingredient poisons the punch bowl.

WHY ARE BANKS STRUGGLING TO SWITCH CUSTOMERS FROM ANALOGUE TO DIGITAL?

HOW EMERGING BANKS ARE DISRUPTING THE MARKET