BANKING ON EMOTIONAL BANKRUPTCY AND THE SEARCH FOR MEANING 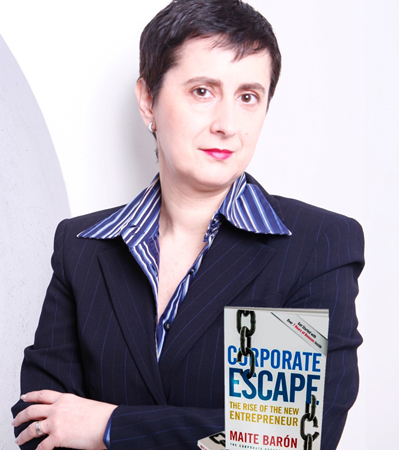 Old routes to the top have run their course. Now it’s time to redefine success so those who pursue it no longer have to pay so high an emotional price.

The end of one season and the beginning of another is always a transitional time, and right now, in many families, new destinies are being forged as children go off to university, many of them to follow traditional educational paths, pursuing degrees in law, medicine, the humanities and the arts. All great in themselves, as learning always is.

Many of this year’s soon-to-be students will be taking their degree as a means of entering a profession, or because they see themselves working for a large corporate organisation, after graduation.

And many of those are probably choosing their higher education path based on passed-down beliefs, which they imagine still hold true. Or maybe because they are looking to follow in their parents’ footsteps. But things have changed. Now, old certainties have been replaced by new ‘unknowns’, and the corporate jobs, opportunities and career ladders that once upon a time could be relied upon, are simply no longer there.
The landscape has altered, but many are still trying to find their way forward with an old map in their hands.

Though untangling educational statistics is challenging, there’s a general upward trend in the number of those taking more ‘traditional’ degrees – including core subjects such as History, Geography and Literature. But in fact, by choosing traditional degrees, many undergraduates are actually equipping themselves for the past rather than a future.

When you consider how fast the business landscape is changing, it’s pretty much impossible to predict what the future holds. In five years’ time, one-third of the average company’s assets will be new; one-fifth of its workforce won’t yet have been employed; two of its five largest competitors will be different; and one of its ten largest competitors will not even be a listed company!

Do new graduates have a slightly more secure future in the financial sector? Probably not. The reality is that redundancies may have slowed, but they haven’t gone away. And a desire not to be caught out in the event of a future downturn is leading many organisations to ensure they have a more flexible workforce that can be shaped to their needs, picked up and put down as and when needed.

Almost certainly, for any youngster entering into the financial sector, the pressure and long hours will still be there, but will the compensating rewards? There’s also the worrying prospect of the claw-back of bonuses for many a year down the line, long after they have been earned and spent.

So anyone thinking about a career in finance will undoubtedly need emotional, mental and physical resilience if they are to stay the course and reap the rewards, however uncertain those may be.

But here’s a question. Are they sufficiently well-equipped to do so?

Is there a growing sense that we have been so over-protective as parents that many children won’t have enough in the tank to roll with the punches when the proverbial going gets tough? Do they lack the depth and strength of character to cope?

And perhaps even more importantly, will they want to? Has there been a shift in the zeitgeist? Money and status still count, but is this now trumped by an increasing desire among many young people to make something happen in a different way, working for themselves rather than for others, and making a difference in the world?

The latest figures show that the number of self-employed is still on the rise. And while cynics will still claim that self-employment is the last resort of the desperate, a large percentage of start-ups do survive and go on to success. This is no longer some knee-jerk response to circumstances, but a new kind of entrepreneurial thinking that’s becoming embedded into society and the economy.

And more and more of these businesses are being set up, not just to make money, but also to do good in the world, a new wave of values-driven thinking that has appeal to a generation that’s increasingly disenchanted with old ways of doing things.

They have had the opportunity to learn from the mistakes of past generations, making their parents’ dissatisfaction, lack of wellbeing and poor work/life balance a lesson on what not to repeat.

That’s a very different proposition from the corporate thinking that has been so dominant for so long, even though many young people will still be willing to take the pain of working in the corporate world, to park up their happiness and endure for the prospect of future reward.

For many young people, following someone else’s dream is no longer the way forward. Instead, they want to live a life in which they have the time and energy to pursue the things that matter most … to them.

So for them, the era of ‘big work’ is over and they will choose to become part of a new economy, meaningfully occupied and independent as they pursue passions and dreams and transform values and society.

It’s a lesson we can all learn from the younger generation, and it’s something you could explore too. So stop ‘thinking old’. Start believing that creating a new future is preferable to automatically clinging to the past.

At The Corporate Escape™, developing entrepreneurial leaders to succeed in a future world of work is our passion. It’s time to take control of your career.

Download The 7.5 Critical Strategies To Survive & Thrive in Your Career or Business

HAPPY TO HELP: HOW THE CONTACT CENTRE CAN HELP FINANCIAL ORGANISATIONS TO MEET CUSTOMER DEMAND AND IMPROVE SERVICE