BANKING IN ANGOLA: AN INTERVIEW WITH THE CEO OF STANDARD BANK DE ANGOLA 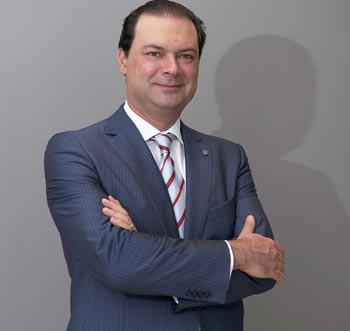 Global Banking and Finance Review recently had the opportunity to speak with Pedro Pinto Coelho, CEO of Standard Bank de Angola S.A. about the banks role in Angola and the Angolan market.

How is Standard Bank Angola supporting the social economic development of Angola?
Standard Bank Angola is supporting the social economic development of Angola by financing some of the most relevant power and transportation infrastructure projects. These projects will allow new companies and specific regions to have a stable electricity source as well as roads and airports that will allow for the regions to develop, companies to flourish and jobs to be created.

What are the challenges of the new foreign exchange law for the Angolan oil industry?
The new FX law has forced the Angolan oil industry to become more familiar with the local financial system and select financial partners to help them with their transactional needs. Standard Bank, due to its strong credit rating, its quality of service and electronic channels has become the partner of choice in this market.

For corporate clients what are the advantages to doing business with Standard Bank Angola? What products and services do you offer corporate clients?
Standard Bank Angola represents a group that has 150 years of experience in the African market and knowledge in adapting its product offering according to the client needs. Standard Bank de Angola works together with the regulator and the different stakeholders to develop the different financial products our clients need in order to operate in an effective way. Therefore, we see ourselves as pioneers and trying to bridge the gap between what is today available in the Angolan market and what clients are used to in other more developed markets.

Do you have any current plans for expansion?
We plan to continue expanding on the back of our increasing penetration in new clients. Our client base is growing very fast, particularly in the corporate segment where clients are more selective and more sensitive to quality, consistency of service, credit risk and technical knowledge. We have doubled our revenue this year and we have now 27 branches. We expect to continue having next year a significant growth in revenue while keeping our cost structure under control.