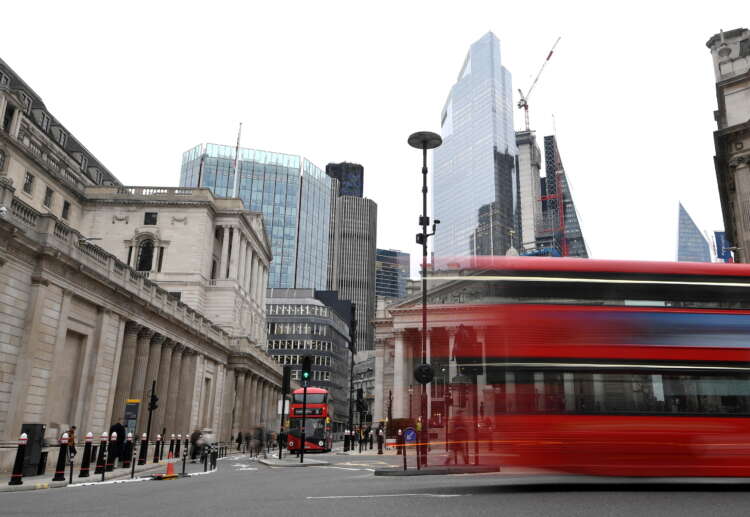 LONDON (Reuters) -The Bank of England needs to lean against inflation pressures and stop expectations of higher price growth from getting entrenched in businesses’ wage and pricing decisions this year, BoE policymaker Catherine Mann said on Friday.

The BoE is widely expected to raise interest rates at its Feb. 3 meeting, after becoming the world’s first major central bank to tighten policy in response to post-pandemic inflation pressures in December.

British inflation in December was its highest in nearly 30 years at 5.4%, and Mann said the BoE’s monthly survey of businesses showed their pricing and wage-setting expectations were not consistent with inflation returning to its 2% target.

“The ingredients appear to be in place for inflation to stay strong for longer, but costs becoming embedded in prices to create a reinforcing dynamic is not inevitable,” Mann said in a speech to OMFIF, a central banking think tank.

“In my view, the objective for monetary policy now should be to lean against this ‘strong-for-longer’ scenario,” she added.

Mann is the first BoE official to give a speech on monetary policy since the Dec. 16 rate rise. Chief Economist Huw Pill said in a CNBC interview on Dec. 17 after that more rate rises were likely if inflation stayed high, and Governor Andrew Bailey told a parliament committee on Wednesday that he was concerned about the outlook for natural gas prices and wages.

Mann, who voted with the majority on the BoE’s Monetary Policy Committee to raise rates in December, said she was waiting for new BoE staff briefings before she decided whether rates needed to increase in February.

Depending on the strength of global inflation pressures, BoE monetary policy could need to be tighter than warranted by British domestic economic conditions alone, she said.

But early action to push down on the public’s and businesses’ inflation expectations could limit the amount of tightening needed further along the line.

In a question and answer session, Mann rejected a charge that the BoE had been too slow to start raising rates.

Higher rates would have had little effect on surging energy prices or global supply chain problems, employment remained below pre-COVID levels and economic output was still lower than where it would have been without the pandemic, she said.

Equally, the BoE could not take the same approach as in 2011 when there was a spike in oil prices that also pushed inflation above 5%, but which came at a time when British unemployment was near its peak after the global financial crisis.

“Where we are now, I think, is potentially a ‘regime change’ where we have a tight labour market, we have tight goods markets … That is an environment where firms and workers see themselves as having pricing power,” Mann said.

Central bankers have generally played down any similarity between now and the 1970s, when most Western economies suffered from a self-reinforcing spiral of wages and prices at a time of greater trade union power and less focused monetary policy.

But even with an unfavourable inflationary backdrop, Mann said it was unclear how far interest rates would need to rise.