As post-COVID travel picks up, should we bin business flights? 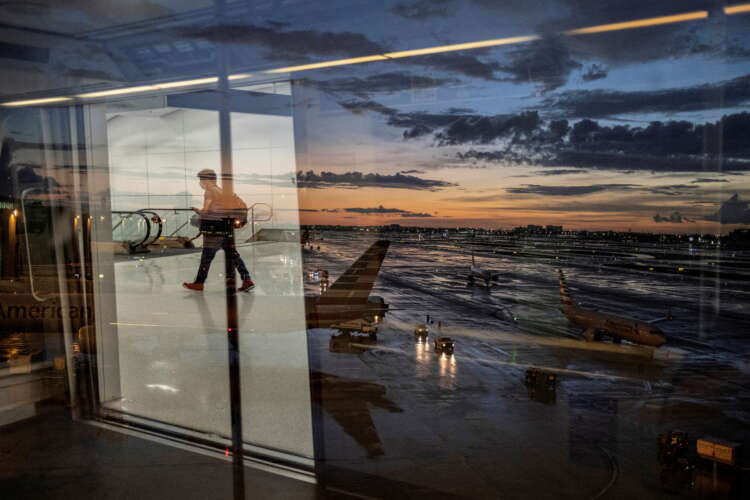 LONDON (Thomson Reuters Foundation) – The unprecedented halt to air travel during the COVID-19 pandemic cut planet-warming emissions, saved companies billions of dollars in tickets, and benefitted staff who can lose weeks of their lives on planes.

As global travel picks up following vaccine rollouts, some companies are reassessing how much their staff really need to fly – and the answer is not nearly as much as they thought.

Aviation is a major contributor to climate change, with the carbon dioxide (CO2) emissions it produces contributing 2.5% of total global CO2 emissions, and set to triple between 2015 and 2050.

“If air travel were in 2018 a country, it would be the sixth largest (CO2) emitter in the world,” said WRI behavioural scientist Mindy Hernandez.

“It’s not an easy sector to decarbonise. We’re not going to innovate our way out of this. It’s up to us to change our behaviour.”

Kathy Alsegaf, sustainability leader at global consultancy Deloitte, said there had been “a seismic shift” in attitudes at her company.

“Before the pandemic, there was a deep held belief that if we reduced travel it would impact out business at a very large scale,” she told a discussion hosted by the Washington D.C.-based WRI on the future of business travel.

“(Last year’s) grand experiment … put a stake through the heart of that idea.”

The pandemic has shown that virtual meetings can replace a lot of travel and are often more inclusive, panelists said.

For example, women with young children, disabled people and delegates from small companies and developing countries may be less able to travel for meetings.

While virtual conferences are no substitute for building relationships in person, innovators are creating new tools to help users join discussions in a similar way to real life.

Platforms like Gather, SpatialChat and Teamflow let people move their avatars through rooms to network, with some even enabling users to hear conversations fade in or out as they move nearer or further from a group.

Hernandez said wealthier countries had a responsibility to cut flights as they account for more than 90% of aviation emissions, adding that studies estimate that eight in 10 people in the world have never been on a plane.

To see whether the pandemic had changed people’s attitudes to business travel, the WRI surveyed its own staff, a quarter of whom averaged a whopping 26.5 work days on planes in 2019.

Conferences and workshops were the most common reason for business flights. But most staff said the pandemic had shown them that virtual meetings were more feasible and effective than they had thought.

Making it normal not to fly is crucial for changing behaviour, Hernandez said.

Prior to COVID-19, less than a third of WRI staff thought their boss would support a reduction in work trips, compared to nearly two-thirds now.

Panelists said senior staff should set an example by publicly committing to reduce their air travel, discuss with staff how to cut theirs, and invest some of the savings made in the best communications technology they could.

Other suggestions included ensuring all company travel is booked on the same platform so it can be tracked, and setting carbon budgets on projects.

But Magdalena Heuwieser, co-founder of Stay Grounded, a global network promoting alternatives to aviation, said relying on businesses to change their behaviour was not the solution.

She called for stricter regulation and heavier taxation of the aviation sector, the abolition of frequent flyer programmes used by businesses, and levies on frequent fliers.

Deloitte’s Alsegaf agreed flying and air miles were seen as a popular perk, and suggested companies could look at incentives for frequent “virtual” travel.

Heuwieser also criticised carbon offsetting, where airlines and passengers pay to offset their emissions by for example contributing to tree planting projects, saying it distracted attention from the need to cut flying.

“In the global south, offsetting is often seen as a neo-colonial climate measure, and as a modern sale of indulgences,” she said, referring to the medieval practice of paying a penalty to be absolved of your sins.

(Reporting by Emma Batha @emmabatha; Editing by Katy Migiro. Please credit the Thomson Reuters Foundation, the charitable arm of Thomson Reuters, which covers the lives of people around the world who struggle to live freely or fairly. Visit http://news.trust.org)