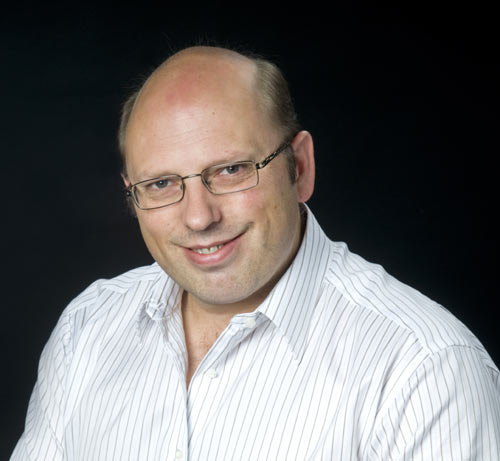 Last month the BBC scrapped its long running Digital Media Initiative (DMI) technology project and admitted that it had wasted £100 million worth of licence payers’ money on a system that has never worked. The mammoth five-year project was supposed to enable the BBC to digitize its entire archive to make it easily accessible to production staff, which the company estimated would save 2.5 percent in production costs. What was meant to be a transformative IT programme turned into a howler of a failure that cost a fortune – with no results to show for it.

Unsurprisingly the problems run deep. It has recently been reported in the Guardian that the BBC Trust chairman Lord Patten was warned a year ago that the project was “doomed to failure” and it now appears that there was a significant risk that the National Audit Office had been misled as to the progress of the project. According to Margaret Hodge, chair of the Public Accounts Committee, in 2011 evidence was given by the BBC’s then director general Mark Thomson that there were parts of the system that were already working and in use which turned out not to be true. The Guardian reported that Thomson may now be recalled to parliament to explain his remarks.  The Guardian also reported that an insider claimed that “BBC executives had privately been voicing concerns for about two years before DMI was shut down.”

The obvious question is why did it take so long to face the facts? And more so, how is such a catastrophe allowed to happen when the cracks started to appear as much as two years ago?

While it is easy to be incredulous, such large-scale initiates are indeed fragile undertakings riddled with complexity and risk. The BBC is also by no means alone in its failing.

According to a report by PricewaterhouseCoopers only 2.5% of companies successfully complete 100% of their projects, and a further study put the cost to the global economy of IT project failures at $6.2 trillion a year. One only has to look at the staggering number of failed projects and programmes, especially in Central Government, to understand how widespread the problems are.

Clearly no organisation goes into a project or programme to fail. The truth is that large-scale business change programmes rarely run smoothly as they typically involve a complex mix of people, processes and technology, making it difficult to identify the root cause of the problems and initiate corrective action. Project breakdown tends to happen gradually with no single catastrophic event and, as a consequence the cumulative effect is not noticed until it’s too late.

Coming to terms with potential failure is tough. And, with significant investment on the table, the stakes are high. Poor outcomes are easily generated one small decision at a time, which can quickly compound. Once off track, turning a programme around can then feel all but impossible to the people on the ground.   Throwing more resource at the problem is a strategy that is often taken when an organisation realises that there are problems, though in reality this seldom fixes the situation, as failings are generally subtle and interconnected.

While technology issues tend to fall under the spotlight in programme failures, technology itself is rarely the cause of the underlying problems. Instead, it’s usually the management of the people, processes and relationships involved that trigger the most complicated and far-reaching difficulties.

I’ve been called on to help recover failing programmes many times I and know just how difficult the process can be. Fingers are easily pointed yet blame culture has little place in getting a programme back on track. Instead, rapid and honest assessment of the performance of the programme must be undertaken to identify current shortcomings and future risks that are likely to hinder progress and future outcomes. A recovery plan then needs to be put in place that focuses on the original objectives and business case, to ensure the strategy and delivery is aligned, along with a readiness assessment to ensure that the organisation is actually able to meet the objectives of the programme. Where external suppliers are involved both performance and relationships need to be reviewed to identify any gaps and blockers to success and a joint action plan needs to be developed that commits all parties to the hard road ahead.

Ultimately it comes down to leadership. The ability to drive, lead, effectively communicate and be strong in the management of multiple and, often, very complex stakeholder relationships is what really makes a difference when it comes to successful programme delivery.

The failed DMI project is currently being investigated by the National Audit Office and by independent auditors PriceWaterhouseCoopers. While I’m sure that we haven’t yet seen the end of DMI project revelations in the media, I suspect that we’ll never learn the true failings that took place and it is these that are most likely to be at the crux of the majority of large scale business programme failures.

From experience, I can’t stress enough to companies the importance of adopting the right approach and bringing on board the right skills and experience from the start to significantly increase the chances of delivering the outcomes and benefits that the business expects. After all, £100 million is a lot to lose with nothing to show for it.

The Importance of Business Analytics for a Productive Business

Protecting your business against e-commerce fraud