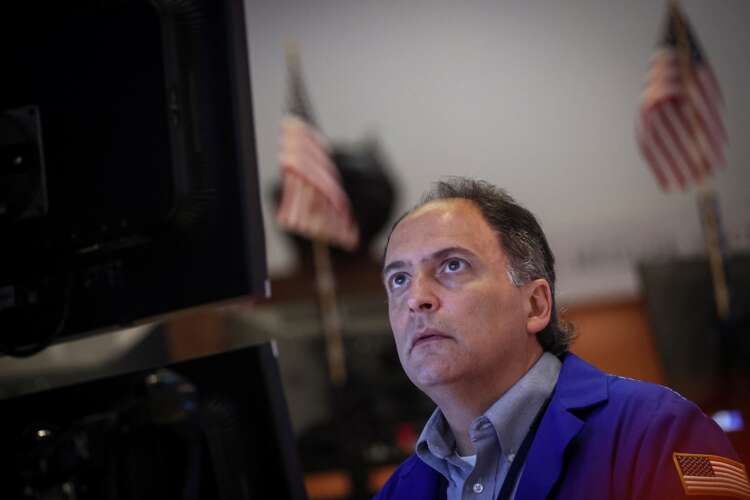 NEW YORK (Reuters) – Investors are assessing a recent U.S. stock market bounce after similar rallies have fizzled in 2022, a year that is on track for the biggest S&P 500 percentage drop in the first half of a year in over a half century.

Although the S&P 500 jumped 6.4% last week, it’s hard to blame investors for being skeptical: the benchmark index has seen three other such rebounds of at least 6% already this year, only for it to then fall below its prior low point.

Already, the rally has eroded as weak consumer confidence data contributed to a 2% decline for the S&P 500 on Tuesday. The index earlier this month confirmed the common definition of a bear market by closing down over 20% from its January record peak, and remains down about that much for the year.

“It’s on the bulls to prove that it’s not just a bear market bounce,” said Willie Delwiche, an investment strategist at market research firm All Star Charts, noting that even in last week’s index rise, more stocks made 52-week lows than highs on the New York Stock Exchange and Nasdaq.

Many believe stocks are ripe for a snapback after this year’s brutal declines, even if it may be short-lived.

Morgan Stanley strategist Michael Wilson said earlier this week that the rally could extend as much as 7% from recent levels, but described any near-term gains as “nothing more than a bear market bounce.”

“The bear market is likely not over although it may feel like it over the next few weeks as markets take the lower rates as a sign the Fed can orchestrate a soft landing and prevent a meaningful revision to earnings forecasts,” Wilson wrote in a note.

Similarly, Jonathan Krinsky, chief market technician at BTIG, said he expects the S&P 500’s “countertrend rally” to rise toward the 4,000-4,100 level into the end of the quarter, “before resuming lower in the third quarter and eventually breaking below 3,500.” 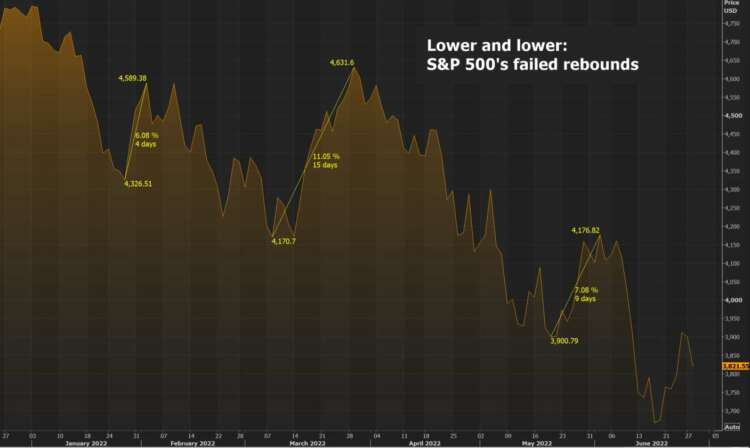 Some investors are getting more upbeat about equities.

DeGan doubts the economy is heading into a recession within the next 18-24 months and also expects inflation to moderate by the fall, noting the recent drop in prices of commodities such as copper and lumber as one factor.

“If my understanding of how the economy is unfolding is anywhere near correct, then I think we have seen the low,” DeGan said. “I am putting money to work so I guess that tells you I am pretty confident.”

History suggests the next couple weeks could be strong for stocks, as the start of second-quarter earnings season nears.

The S&P 500 has produced a median return of 2.15% in the two-weeks following June 29 over the past 20 years, according to Bespoke Investment Group. That’s the best such two-week return for any point of the year over that time.

“There’s not much for investors to get excited about when it comes to the equity market these days, but in our search for silver linings, the calendar is one trend that is starting to work in the market’s favor,” Bespoke said in a note this week.