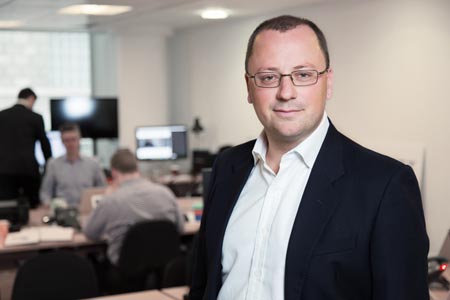 Congratulations on your appointment as the head of the Financial Conduct Authority.

You join the FCA at an interesting time. The UK will soon start negotiating the terms of our departure from the European Union.  As the FCA was quick to stateafter the referendum result was announced: much financial regulation currently applicable in the UK derives from EU legislation. While nothing in the regulatory environment changes immediately with a vote to leave, the FCA will have an important role supporting government and parliament as the terms of our departure are negotiated.  More important still, the FCA will need to provide continued guidance to both the providers and users of financial services in the UK.

If there is one attribute that any leader must exhibit in an uncertain environment, it is confidence, and if there is one sector above all else that would benefit from increased confidence, it is business.  The Q2 2016 ICAEW/Grant Thornton UK Business Confidence Monitor shows business confidence is in decline,and at its lowest level since 2011. Small and medium enterprises (SMEs) are essential to UK economic growth, constituting 5.4 million firms and 15.6 million employees, representing 60% of private sector employment.  More must be done to support these firms.

The Competition and Markets Authority will soon complete its investigation into the supply of banking services to small and medium enterprises. It has already concluded that adverse effects on competition exist, and recently published its provisional decision on remedies. I hope the report is studied carefully by the FCA and clear conclusions are drawn on how conduct supervision is performed in the future.

The FCA has already begun its owninvestigation into its role in supporting SMEs.  Late last year, the FCA published a discussion paper (DP15/7) reviewing the approach taken with SMEs as users of financial services, stating:

SMEs have traditionally been treated as having greater self-sufficiency and bargaining power than individual consumers. So they have often been seen by regulators as requiring less assistance, even though their needs, behaviour and expertise are often similar. Our own work has shown that SMEs can experience poor outcomes in a wider range of situations. They can be exposed to risk at the point of purchase due to product complexity, limited choice or poorly managed expectations. When things go wrong, some struggle to navigate the complaints and claims processes or to obtain redress.

The FCA is expected to publish feedback on the comments received on this discussion paper in the autumn. Ahead of publication, I would expect three areas of concern to emerge from the consultation process.

First, concern that the significant structural changes in the short term debt financing market for UK businesses has led to poor outcomes for SMEs.  The business overdraft – a simple to understand, easy to use product – has largely been withdrawn by regulated firms.  Instead firms have migrated users on to more complex, less flexible, more expensive alternatives, e.g. fixed term loans and asset based finance.

Second, concern that the lack of protection for limited company users of debt finance is resulting in poor customer outcomes. In particular, a lack of price transparency in the absence of a mandatory requirement to disclose the annual percentage rate (APR) or to prepare a ‘key facts illustration’ prior to a debt finance agreement being made.

Third, concern that the lack of access to an ombudsman service for some firms increases the likelihood that detriment continues unidentified, and that firms lack an efficient route to raise complaints to an independent adjudicator.

Against a backdrop of significant uncertainty and change, there is a risk that we lose sight of what is important. Progress in each of the above areas would create more fairness, competition and accountability in the provision of financial services to SMEs, foster greater business confidence, and boost UK economic growth.

Andrew, in your new role as head of the FCA, I would encourage you to do all that you can to strengthen the regulatory environment in support of small and medium enterprises.