ALL UNDER CONTROL? MARKET IMPLICATIONS OF IMPLEMENTING THE ALTERNATIVE INVESTMENT FUND MANAGERS DIRECTIVE

Reverberations from the 2008 global financial crisis have been widespread and its impact continues to be felt, not only in economic, but also regulatory terms as firms prepare to assimilate further change and respond to a whole raft of new and refreshed legislative measures. Brought in by European regulators to tackle the perceived regulatory failings of the past, these initiatives (such as Solvency II, Mifid II, IMD II and CAARP), well intentioned as they are, pose very real challenges for the businesses tasked with implementing them. 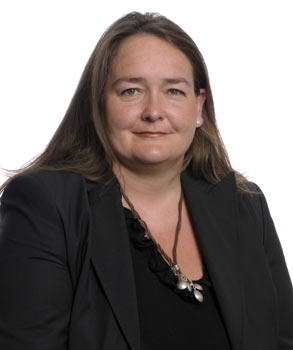 The AIFMD, which came into force in July last year will have significant ramifications for those firms raising capital or operating, managing or involved with fund structures.

As far back as 2011 there was an estimated €2.2trn worth of alternative investment fund (AIF) sector assets under management in the EU. This figure demonstrates not only the reason why the European Commission (the Commission) and the European Securities and Markets Authority (ESMA) have considered it essential to regulate this ‘shadow banking’ activity, but also the heavy impact of the changes it requires. In the UK alone, ESMA has recently noted the estimate of more than 2000 AIFs which would be affected by this legislation and in other jurisdictions there are significantly greater numbers.

What are the implications of AIFMD?

So now AIFMD is here to stay (pending any changes on scheduled review in 2017) what does it require? AIFMD has very wide scope and applies to pretty much any kind of collective investment structure that is not a UCITS, notably including private equity, hedge funds, investment trusts, listed funds and property investment vehicles.

It is those managers shoes core functions lie in providing portfolio management and risk management services to AIFs that are primarily caught by the directives. There are also a number of non-core functions that are listed in AIFMD and may also be performed by AIFMs, including administration (for example legal and accounting services) and marketing. Some of these functions may be delegated by the AIFM, but AIFMD is strict about preventing too much delegation of core functions by the fund manager.

There are a number of exemptions under AIFMD, the key ones being: insurance contracts; securitisation SPVs; holding companies and joint ventures. There is also a group exemption for AIFMs which are limited to managing AIFs for parents/subsidiaries of the AIFM entity (as long as the parent or subsidiary itself is not an AIF). Additionally, a light touch is in place for alternative fund managers with assets under management below certain thresholds (although these AIFMs must still register with the local regulator).

As ever with EU legislation, the devil is in the detail and no reliance should be placed on any of these exemptions without consulting the specific and detailed requirements at each different Level (1-3) and in the local implementation.

One particular question over when a vehicle is considered a special purpose entity (to be out of scope) is one which has been particularly vexed.

The very nature of this directive is potentially problematic as it seeks to impose a single framework on an enormously divergent (in nature and scope) market. Practical difficulties will invariably be caused where the requirements of the AIFMD (for example in relation to remuneration provision) are similar but not entirely akin to requirements of other European or member state domestic legislation. Change is particularly likely to follow in terms of custody and primer brokerage arrangements.

Protection for investors is a noble aim, but many have challenged the need for a ‘regulation revolution’ for the AIF sector. The cost of compliance with this new legal burden will inevitably mount up and it remains to be seen whether there will be a latent effect on the viability of certain areas of this sector. It is also possible that investors will be put off by the potential increase in cost and therefore decreases in the accessibility of these areas. It will be a real cause for concern if the involvement of entities such as private equities funds and venture capital funds in economic recovery by, for example, boosting the development and resurgence of SMEs through investment is curtailed as a result of their efforts being diverted towards the burden of compliance.

Only time will tell whether, in the drive to avoid a repeat of the 2008 crisis, a full recovery of the financial sector is vitiated by this regulation revolution.