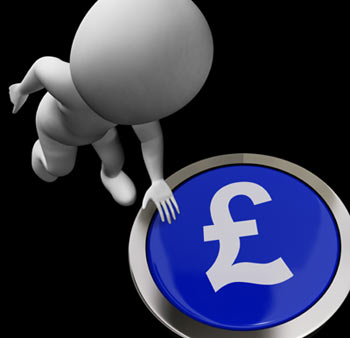 ACI Worldwide (NASDAQ: ACIW), a leading international provider of electronic payment and banking systems, today announced that it has become a principal member of EPASOrg, a leading not-for-profit organisation focused on overcoming obstacles to interoperability in electronic card payments.

The role of EPASOrg is to develop, promote and maintain card payment standards across Europe, providing retailers with cost efficiencies and enhanced innovation as they expand their footprints across the region. EPASOrg promotes the introduction and acceptance of the EPAS protocols, a series of common standards that ensure the interoperability between card acceptance devices and acquiring systems, integrated retail solutions and terminal management systems.

The EPAS standards were initially developed to address the requirements of the SEPA zone, and are now being promoted and receiving interest globally. ACI is committed to supporting the EPAS standards in its market-leading Postilion and BASE24-eps products, which will benefit retailers and merchant acquirers looking to support EPAS using ACI’s solutions.

”EPAS is set to play an important role as a replacement for national and regional standards in the SEPA zone” said Gilles Bourron, Board Director of EPASOrg and Head of Payments, Total. “It’s good news, from a merchant point of view to see ACI joining EPASOrg and committing to the EPAS standards. This will be a great opportunity to increase the number of retailers, processors and acquirers using EPAS protocols thanks to ACI’s proven solutions.”

“As EPAS adoption increases across Europe, we are honoured to have ACI join EPASOrg,” said Antonio Bracaglia, Chairman of the Board of Directors, EPASOrg. “The company’s strong regional presence, great team and unmatched retail payments expertise will help strengthen the EPAS standards.”

Mitch Armstrong, Director of Solutions Consulting, EMEA, ACI Worldwide, will serve as an EPASOrg Board Director. Additionally, ACI’s retailer and consumer payments product management leaders will participate in the EPASOrg working groups, helping to strengthen and promote the standards across Continental Europe.

“We are excited to be part of EPASOrg and look forward to working closely with the other EPASOrg members to help shape and strengthen the EPAS standards,” said Sylvie Boucheron-Saunier, General Manager, Continental Europe, ACI Worldwide. “Numerous local standards and increasing European regulations result in added costs and compliance issues for retailers and acquirers, as well as slower growth. With EPAS, these same retailers and acquirers can be more competitive and quickly expand to additional European markets, expediting growth opportunities and reducing compliance costs.”

ACI Worldwide, the Universal Payments company, powers electronic payments and banking for more than 5,000 financial institutions, retailers, billers and processors around the world. ACI software processes $13 trillion in payments and securities transactions for more than 250 of the leading global retailers, and 21 of the world’s 25 largest banks. Through our comprehensive suite of software products and hosted services, we deliver a broad range of solutions for payment processing; card and merchant management; online banking; mobile, branch and voice banking; fraud detection; trade finance; and electronic bill presentment and payment. To learn more about ACI, please visitwww.aciworldwide.com. You can also find us on Twitter @ACI_Worldwide.

Product roadmaps are for informational purposes only and may not be incorporated into a contract or agreement. The development release and timing of future product releases remains at ACI’s sole discretion. ACI is providing the following information in accordance with ACI’s standard product communication policies. Any resulting features, functionality, and enhancements or timing of release of such features, functionality, and enhancements are at the sole discretion of ACI and may be modified without notice. All product roadmap or other similar information does not represent a commitment to deliver any material, code, or functionality, and should not be relied upon in making a purchasing decision.

SYDNEY – MUCH MORE THAN SUN, SEA AND SURF