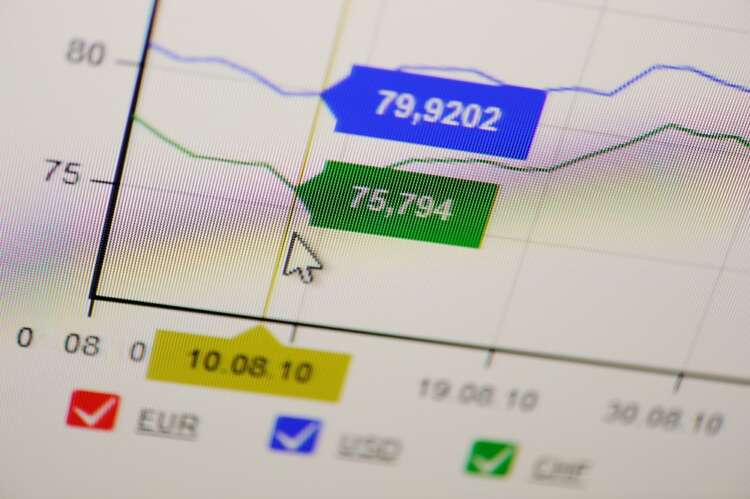 Covid is once again front of mind for markets due to the emergence of the Omicron Covid variant, which is considerably more transmissible than existing strains and potentially quite resistant to the current vaccines due to its number of mutations. Global equities sold off 2.5% on Friday but recovered around 1% this morning.

The extent of the threat posed by the new variant is far from clear, with the crucial issue of how vaccine-resistant it is unlikely to be resolved for a few weeks yet. If it does prove resistant, it should be possible to tweak the MRNA vaccines within a few months. However, this still leaves open the possibility or even probability of a wave of new restrictions being imposed over the winter.

This reinforces our view that we are in for a period of market volatility, particularly now the Fed is thinking of speeding up its QE tapering, potentially paving the way for a rate hike as early as the spring. We are not at the moment planning to make any significant portfolio changes on the back of the Omicron news. Any new restrictions are unlikely to derail the economic recovery and we still believe equities have further upside in the medium term.

Assuming the worst fears over Omicron prove unfounded, investor attention should in time revert back to inflation. How the latter pans out and how central banks respond will likely be the most important market drivers over the coming year. With this in mind, we spend the remainder of this week’s commentary outlining our latest thoughts on the subject.

Consumer price inflation is now running at the highest rate for a decade or more in a number of countries. Most notably, the headline and core rates in the US have hit 6.2% and 4.6% respectively, their highest level in 30 years. Inflation has also increased to 4.1% in the Eurozone, while in the UK it is at a 10-year high of 4.2% and looks set to reach 5% in the spring.

Supply shortages have been the main factor behind this surge. These have been exacerbated by strong demand and have been concentrated in goods. Some supply bottlenecks were always to be expected given the strength of the economic rebound and the disruption caused by the pandemic but they have proven considerably worse than anticipated.

Shortages in semi-conductor chips, for example have slashed new car production and used car prices have risen some 40% in the US as a result. Shipping costs have also escalated and bottlenecks at ports have caused widespread disruption. Moreover, firms are now hoarding components if and when they get their hands on them, exacerbating the problem.

Meanwhile, commodity prices are at their highest since 2011 and have added to the inflationary cocktail. The UK has been particularly hard hit, with gas prices surging on the back of a lack of storage, a lack of wind and Putin’s geopolitical games.

Price pressures were initially concentrated in a few outlying market sectors but have subsequently become considerably more widespread. QE-financed furlough and income support payments to individuals have exacerbated the supply-demand imbalance. Initially, they primarily pushed up the savings ratio but as fears and restrictions receded, significant demand has been released.

As concerning as they are now, these bottlenecks should ease over the coming year as supply will be stepped up, in response to higher prices, and spending on goods should fall back to more normal levels. Demand should lose some of its current strength as the fiscal boost fades, monetary policy is tightened and higher inflation eats into people’s purchasing power. Consumers should also re-orient their spending back towards services which still remain depressed.

This should lead to some of the recent sharp price rises going into reverse, pushing inflation down late next year. However, the outlook is complicated by the labour market where shortages have also proven much worse than expected.

Job vacancies are at record levels in the US and UK and companies are finding it very hard to fill positions. People are returning to the labour force slower than expected and many of those that have do not appear to have the right skills. Wage growth has picked up significantly, albeit as yet mostly for new employees rather than existing ones.

Again, these problems should moderate with time. The end to the pandemic-related government income and job support schemes and an easing in Covid-related fears should lead to more people seeking a job. That said, quite a number have taken early retirement in the US and UK and will never return.

The unemployment rate is relatively low in both the US and UK, at 4.6% and 4.3% respectively, and the risk has increased that a sustained labour shortage and higher inflation expectations trigger a wage-price spiral. This is the main reason why central banks have recently been pulling forward their tightening plans.

A crucial question is what inflation rate will central banks tolerate. The Fed, ECB and BOE all have 2% inflation targets, with the Fed the most inflation-tolerant of the three. Last year, the Fed switched to average inflation targeting, meaning it will allow a temporary inflation overshoot if it follows an undershoot. In addition, the Fed is less focused on inflation than the ECB and BOE, having a dual mandate of stable prices and maximum employment.

Even so, two or three rate hikes now look probable in the US by the end of next year. As for the BOE, it plans to start raising rates over coming months and the market expects bank rate to be up at 1% by late next year. By contrast, the ECB is likely to delay any hike until 2023 as inflation pressures in the eurozone are rather more muted than elsewhere.

Where does this all leave us? Inflation looks certain to rise further over coming months, peaking next spring before falling back as some of the upward pressures this year go into reverse. However, economies should continue to run relatively hot and we believe inflation in the US and the UK is likely to settle around 2.5-3%, some 1% or so higher than pre-pandemic trends.

The risks to our forecast appear to be to the upside. Looking back to the 1970s which saw double-digit inflation, central bankers initially thought the upturn in inflation would be confined to a few areas and would prove transitory. They were wrong, and it is of concern that their narrative this time round is uncomfortably similar to that almost fifty years ago.

That said, we see minimal chance of a return to 1970s-style inflation for the simple reason that union power is much reduced and central banks would not today tolerate the rates of wage inflation seen then. Signs of a major sustained inflation overshoot now would more likely herald aggressive tightening (even at the risk of triggering a recession) than a return to double digit inflation. Recession, of course, was the way the 1970s ended, but before that moment, inflation had been allowed to soar.

Identity security in the era of SOX