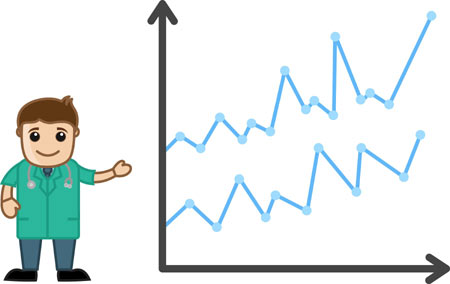 Hedge Fund Executives and Special Guests Rock Out at pre-Rocktoberfest event on September 16th in New York Following Event in Chicago Last Week
Hedge Fund Rocktoberfest, the annual fundraiser for children’s charity A Leg To Stand On (ALTSO), will celebrate its 12th anniversary on Thursday, October 15 at Capitale on 130 Bowery in New York City and its 4th anniversary on Thursday, October 22 at City Winery at 1200 W. Randolph Road in Chicago. Hedge fund industry executives and other financial services professionals will perform rock and roll and acoustic music to raise money for ALTSO, which provides prosthetic limbs and corrective, life-altering surgeries to children with limb disabilities in emerging market countries.

“SocieteGenerale is pleased to support a worthwhile cause that in a very practical, sensible way improves the lives of children,” said Francois Barthelemy, Head of Global Capital Markets for the Americas of SocieteGenerale, lead sponsor of ALTSO’s Hedge Fund Rocktoberfest – NYC.

More than 1,400 guests are expected to attend Hedge Fund Rocktoberfest in New York.  In addition to the October 15 fundraiser, acts will be playing a pre-jam session at The Bitter End (147 Bleecker St.). Taking place on September 16 from 7pm-11pm, tickets for The Bitter End jam session will be a $20 cash donation collected at the door.

Last week, ALTSO hosted its first ever pre-Rocktoberfest session in Chicago.  The event was held at a local bar and music venue, The Subterranean, and featured eight acts comprised of Rocktoberfest musicians who will be performing at the event in October.

“I started working with A Leg To Stand On in 2008,” said Ray McKenzie, co-chair of the Rocktoberfest-Chicago committee, and Head of North American Sales at Green Key Technologies. “I love the charity and the important work they do around the world. With a small team we have changed the lives of over 13,500 children in need in some of the most impoverished countries in the world. By touching the musical passions of traders in New York and Chicago, we have created an important way to raise much-needed funds for the ALTSO children. We look forward to two more great events in October.”

The net proceeds raised from all four events will directly benefit ALTSO’s programs in Asia, Africa and Latin America. C. Mead Welles, CEO of New York based hedge fund firm Octagon Asset Management, founded ALTSO in 2002 with Dr. Dinesh Patel, Chief of Arthroscopic Surgery at Massachusetts General Hospital and Assistant Clinical Professor of Orthopedic Surgery at Harvard Medical School. Since then ALTSO has provided treatment to more than 13,500 children in 20 countries. For more information on the charity or events, visit ALTSO’s website at altso.org.

A Leg To Stand On (“ALTSO”) is a non-profit organization providing free orthopedic care including prosthetic limbs, orthotic devices, mobility aids, corrective surgery and rehabilitative care to children in the developing world. Its mission is to offer children who have lost their limbs in traumatic accidents or suffer from congenital disabilities the physical capabilities to access the opportunities and self-esteem earned through education, work and mobility.

SMART CITIES: WHERE TO GO?

STUDY: 73% OF UK SMES HAVE NO CONTACT WITH THEIR BANK RELATIONSHIP MANAGER