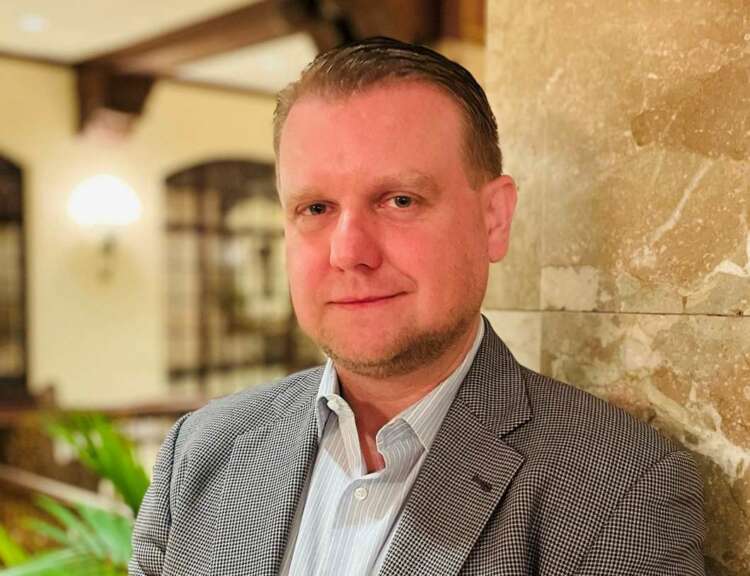 Roman was class valedictorian of his high school while he worked part-time at Salomon Smith Barney and studied Economics at Columbia University in New York.  At the age of 18, he became the youngest National Association of Securities Dealers (NASD) licensed stockbroker in the United States.

By the age of 25, Roman Sledziejowski had become the Senior Vice President and Investment Officer of Wachovia Securities. At the time it was the 3rd largest investment firm in the United States with over 10,000 brokers working in 700 office locations and $680 billion in assets under management.

While he was at Wachovia Securities, Roman Sledziejowski began to make personal investments in multi-family rental properties in New York, Tennessee, and Arkansas. Through various partnerships, Roman Sledziejowski purchased and re-developed nearly 400 residential units between 2004 and 2009.

In 2006, Roman Sledziejowski founded Innovest Holdings, a New York City-based financial holding company. Then, in 2007, Roman Sledziejowski co-founded MyPlace Development, Sp. Z o.o., a Poznan, a Poland-based real estate development company. In December of 2009, he finalized the sale of his interest in MyPlace Development for $7.3 million in cash to Kulczyk Real Estate Holding SARL in Luxembourg.

We spoke with Roman Sleziejowski about how he successfully leads his team and the aspects of being a leader that he finds most difficult.

I have a very laissez-faire approach to management. I believe in almost completely delegating projects and tasks to specific team members and systematically monitoring progress. Naturally, the very key to this approach is having a high level of trust in the competence and work ethic of your team.

How often do you feel it’s necessary to meet with your team?

I think it is crucial to have regular meetings scheduled. I believe that a regularly planned team meeting once a week is optimal. Of course, this is in addition to any ongoing communication both in person and by other means necessitated by the projects being worked on.

How would you go about getting consensus among team members who disagree?

It is important to let everyone voice their opinions and vent out their frustrations. At the end of the day, there is no room for deep disagreements in a team setting with everyone working towards a common goal. It is of the utmost importance to achieve this while genuinely addressing any disagreements by subjecting them to a process of critical analysis.

I always insist that before engaging in any discussion we have the core of any disagreements reduced to writing. This tends to save a lot of time and help to clarify the root causes of the differing opinions. Reaching a consensus is often only possible by analyzing the facts and appealing to the logic and reason of everyone involved.

What is the most difficult part of managing a team?

Keeping calm and maintaining clear thinking in the face of adversity affecting the organization. Oftentimes in times of crisis Murphy’s law demonstrates itself on multiple fronts.

It is extremely challenging to keep everyone on the team focused, motivated, and undaunted by challenges at hand when significant headwinds emerge.

Give an example of a time you had to deliver bad news to your team?

One of our key clients fell on some sudden financial difficulties, which affected their ability to timely settle their obligations, including a very sizable amount for services rendered to them by our organization. As a result, year-end bonuses for my team had to be severely reduced.

It was heartbreaking for me to deliver this bad news to a group of very loyal and dedicated professionals. They had worked very, very hard all year long and as a result of no fault of their own would end up not getting everything that they had deserved for these efforts. This was a very challenging task for me personally.

Describe the best partner or supervisor with whom you’ve worked. What part of their managing style appealed to you?

I have been fortunate enough to work with some very exceptional people during my lifetime. Most memorably, I once was part of a start-up technology venture working alongside a brilliant entrepreneur from South Africa who in the years that followed went ahead to create multiple extremely successful businesses in various fields.

What made the relationship special was that we practically understood each other without words. During meetings, a brief look at each other was sufficient to understand what the other was thinking and arrive at almost identical solutions to any issue being discussed. He was, however, a vastly superior leader compared to me and I had learned a lot from his brilliant skill of getting people around him to follow his lead nearly unconditionally in the direction crucial to the development of the enterprise.