A BEGINNER’S GUIDE TO CURRENCY MANIPULATION 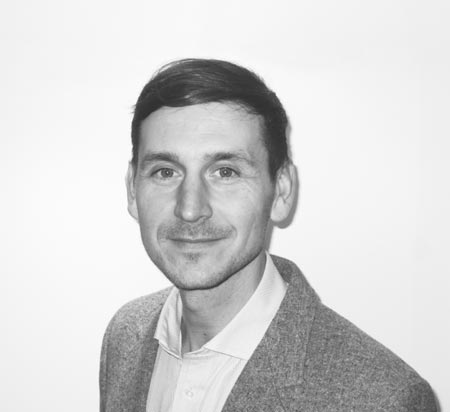 There’s been a great dealof conversation in the media recently about currency manipulation, with the majority of the dialogue focusing on President Trump’s passionate belief that China is currently trying to manipulate the Yuan for its own gain.

However, as financial experts debate the implications of such an accusation on news stations around the world, it’s easy to get lost in the discussion. However if you’re wondering just where you come into the equation and how your livelihood will be affected, rest assured – you are not alone.

What exactly is currency manipulation?

Currency manipulation, at its most basic level, is an attempt by a country to revalue its own currency. In the US, the organisation that controls monetary policy is the Federal Reserve, in the UK it would be the Bank of England’s Monetary Policy Committee and in China it would be the Central Politburo of the Communist Party of China.

The US Administration believes that China has devalued its currency with the intention of making its own products and services cheaper elsewhere in the world and therefore boosting exports. There are a number of ways that a country might go about this;its main central bank could print more money or it might decide to purchase a large amount of another currency.

One reason for currency manipulation is to boost the sale of goods, the country devaluing its currency will benefit by increasing its income from exports, as other countries will be able to purchase its goods at a more competitive rate and will therefore increase their spend on imports.So if China were to manipulate its currency to devalue the yuan against the dollar, Chinese exporters will benefit but so too will US consumers, as they are now getting much greater value for their dollars and can purchase Chinese goods at a reduced price.

A country may also find a weaker currency an effective way of resolving a national debt or trade deficit, as a result of the increased income coming into the country from selling additional exports. You could be forgiven for thinking that a country has a lot to gain from devaluing its own currency. However, if we revisit our China vs. US example, we will find that while their American counterparts are reaping the benefits of being able to purchase goods at a more competitive rate, Chinese consumers are suffering. The devaluation of the yuan will mean that US products are more expensive in China and the money in the pockets of Chinese consumers is therefore worth significantly less than it was before. US exporters will also feel the pinch, as their goods become more expensive in China and sales begin to wane as they are less competitive.

On a larger scale, if a country is devaluing its currency in an attempt to clear an internal deficit, it may soon find that any foreign debts will become increasingly unmanageable, as the value of the foreign currency, and therefore the pressure of the debt, increases.

Can we protect ourselves?

If a country is devaluing its currency, there is ultimately very little that can be done about it. One response, if it is believed that a country is devaluing its currency to boost its exports, is for others to also devalue their own in an attempt to restore balance to the trading scales. However, this opens the door for a “race to the bottom,” with unchecked inflation across the board suddenly becoming a very real possibility.

Alternatively, certain countries could be blacklisted by others as trading partners. This would be an extreme reaction, as in the vast majority of cases, the implications of losing trade with another country entirely are more severe than the effects of skewing the value of currency.

What can businesses do?

My advice to any business that trades regularly overseas and is concerned about whether its operations are likely to be hit by the effects of currency volatility is to consider hedging strategies. Buying ‘Forward’ eliminates currency risk and provides a greater degree of certainty from a budgetary perspective.

Setting aside the question of whether there is any truth in President Trump’s accusation, there’s no doubt that currency manipulation has the potential to cause real turbulence in the currency markets. Affecting everyone from the man on the street buying his weekly groceries, to the CEO of a global corporation looking to sell his goods around the world, we must be vigilant, as there’s never been a more important time keep on top of the value of your money.

Frontierpay is a specialist foreign exchange and payments service. Regulated by the FCA, the firm delivers cost effective and dependable cross currency and same currency payroll payments across 180 countries. Frontierpay’s mission is to ensure our customer’s payroll gets made on time, every time.

Using a global banking network and boasting unrivalled access to 140 currencies and with the speed and nimbleness of a smaller independent firm, Frontierpay is uniquely placed to deliver a comprehensive foreign exchange payments service beyond borders.

For further details about this press release please contact:

Share on FacebookShare on TwitterShare on Linkedin
Related Topics:A BEGINNER’S GUIDE TO CURRENCY MANIPULATION
Up Next