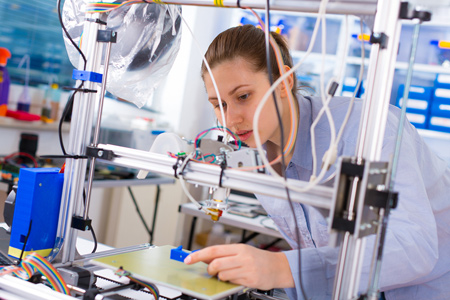 When blacksmith Johannes Gutenberg introduced the movable type press in the German city of Mainz in the 1450s, it initiated a worldwide printing revolution that saw the proliferation and wide distribution of information and ideas through printed text.

Various works of literature, religious scriptures, ontological treatises, scientific papers, and texts on law rapidly spread across Europe. The technology was then adopted globally as the age of colonialism dawned and civilizations fell under the sway of European powers.

The Printing Revolution is considered as the most important event in the history of printing. Today, it is even regarded as one of the most pivotal turning points in the history of humankind as a whole. In terms of influence on the global propagation of ideas and knowledge, it was surpassed only by the emergence of the Information Age in the last three decades.

The contemporary printing industry might not be able to produce an invention whose significance would be analogous to the invention of the Gutenberg press. However, there are still a few innovations during the last few decades that are worth mentioning. Advancements achieved during the Industrial Revolution (e.g. offset printing) and during the latter half of the 20th century (e.g. inkjet printing and laser printing) paved the way for many of the other printing technologies that we enjoy today. The ones on this list, for instance, are novelties that that are currently transforming the economics, chemistry, and technical potential of printing.

Remanufactured and compatible printer cartridges – Because of the high costs of many original printer ink and toner products, demand for more affordable alternatives emerged in recent years. Enterprising players discovered that there is a way to replicate the OEM experience by reverse-engineering original printer cartridges and developing remanufactured and compatible versions of them.

The introduction of these alternative products has been a definite boon to consumers who have long awaited more economical options to be developed.

Biodegradable printer inks – The first biodegradable inks were initially developed in the U.S. beginning in 1973, during the start of the Arab Oil Embargo crisis. The effort was carried out by industry leaders in order to thwart the devastating effects that the soaring prices of mineral oil could have had on the printing sector.

Biodegradable printer inks typically contain non-edible vegetable oil, as opposed to the petroleum-derived oils in conventional ink products. This means that these inks emit less potentially harmful chemicals like volatile organic compounds (VOCs), which have been shown to have long-term, compounding health effects on people.

Biodegradability can also have a significant effect on the post-consumer environmental impact of printer inks. Because biodegradable inks more easily decompose compared to conventional inks, they cause less pollution, and they are quicker to remove from the paper during the recycling process.

Printing with UV radiation-curable inks is usually a high-speed process, and it doesn’t involve the use of high temperatures and solvents. Their reliance on polymerization instead of evaporation for curing makes UV radiation-curable inks more environment-friendly compared to traditional inks since less pollutant emissions are produced and less energy is used in the process.

Conductive inks – One recent printing innovation that has the potential to change the future of the printed medium is conductive ink. These inks contain conductive materials like silver nanoparticles or conductive polymers, which gives them the ability to conduct electricity.The substrate surface can be either plastic or paper, and applying the conductive ink on them essentially creates circuits that transmit the electricity. Conductive ink breathes new life to the printed medium by affording it the same kind of capacitive sensing technology that is available in modern devices like smartphones, tablets, and touchscreen displays.

Although the technology is still in its infancy and mainstream adoption of it is probably still years away, conductive ink is a promising tool that can be used for a lot of different applications. These include the creation of interactive posters, billboards, and other advertising materials. Just imagine being able to play sounds just by touching a paper or being able to connect to a digital application on your phone simply by interacting with a poster on a wall that is linked to that app!

3D Printing – Another printing innovation that has gained a lot of attention in recent years is 3D printing, a type of printing that allows someone to manufacture—with the help of computer-aided design or 3D scanning technology—three-dimensional objects from a digital file.

The most commonly used “inks” are polymer materials, which the printer deposits layer by layer through a process called additive manufacturing. This process of laying successive strata of plastic is eventually completed to produce the final object.

3D printing, whether done for industrial, commercial, or domestic applications, affords a host of benefits that traditional methods of manufacturing can’t accomplish. For instance, the process allows manufacturers to reach levels of customization and complexity that cannot be achieved any other way. Furthermore, 3D printing requires no tools, and it is very material-efficient, which means those who are creating their own products can enjoy less wastage of resources and capital.

The printing industry is an endlessly evolving sector that will continue to experience new innovations in the future. With market regulations becoming more stringent and with consumers becoming more aware of the need to reduce their ecological footprint, environment-related developments will probably be one of the mainstays of this drive for innovation. However, there are still many challenges to be solved and many more opportunities to explore. We can only expect enterprising and creative individuals to meet them head on.