45% OF CONSUMERS HAVE BEEN A VICTIM OF CYBERCRIME 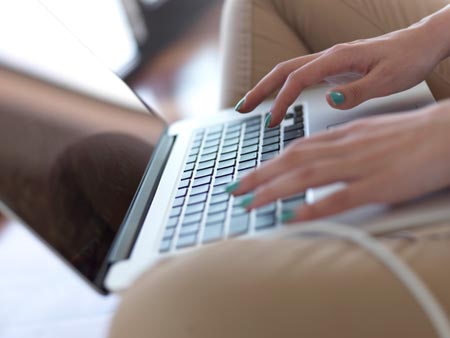 One in six consumers globally lost money with 20% of victims losing more than £1,000

New research from MarkMonitor®, the world leader in enterprise brand protection,reveals that 45% of consumers have been a victim of some form of cybercrime — with 65% choosing not to report the incident to authorities. The research also found that one in six of these consumers have lost funds due to online fraud, with 20% losing in excess of £1,000. Of the cybercrimes carried out, false requests to reset social media account passwords was the most common fraud — experienced by 20% of the subsample, closely followed by emails impersonating legitimate companies attempting to solicit personal information (17%).

The research highlighted that victims of cybercrime were fearful of using online services in the future. In addition 21% of the victims experienced dissatisfaction with the brand involved. This impact on brand reputation was reflected in the fact that when asked about recent high-profile cyberattacks, 71% of consumers said they believed these events damaged an organization’s reputation, 65% said they thought it decreased trust in the brand, while a further 53% stated people wouldn’t engage with the brand in future. The findings highlight the importance of organizations having a comprehensive brand protection strategy in place.

The research found that consumer confidence in transacting online is highest when it comes to established channels, such as mobile banking apps and online shopping websites that were rated as being 52% and 50% trustworthy, respectively. Social media channels (16%) and social media advertising (14%) scored lowest with consumers highlighting a high level of scepticism that these channels fail to keep the personal information of consumers safe.

The research also revealed that there is a high level of awareness amongst consumers (87%) of the dangers of transacting online and the tactics used by cybercriminals leading them to use a number of precautions when online. Limiting the entry of personal details to the websites of familiar brands was the most common answer (54%), followed by checking for https or the padlock symbol in the Web address bar (50%). Despite this knowledge, the research also uncovered that there were areas, such as the Dark Web that consumers didn’t fully understand, with 37% saying they didn’t know what the Dark Web was used for.

“Cybercrime is affecting both brands and consumers, and is only set to rise as our use of the Internet increases. As a result there needs to be a multi-layered approach to online brand protection, to ensure customer trust, reputation and bottom line are maintained,” says Mark Frost, CEO, MarkMonitor. “This research demonstrates that consumers are not only aware of the severity of cybercrime and the tactics employed, but also the effects these attacks have on the brands themselves. Yet despite these high levels of awareness, they are still falling victim to cybercrime.

“As the sophistication of cyber attackers rises and criminals make more use of underground sites, such as those found on the Dark Web, it is critical that brands look at every method of protection and consider all threat vectors in order to ensure they can protect every aspect of their business and keep their customers safe.”

The research was carried out online in August and September 2016.

The full research report can be found here.

THE CXO’S GUIDE TO AUTOMATING POLICIES AND PROCEDURES

ENTERPRISES ARE MISUNDERSTANDING DATA USAGE, ACCORDING TO GOLDENSOURCE WHITE PAPER