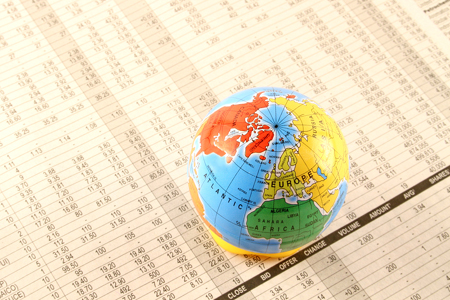 No year is ever entirely smooth for global financial markets and 2015 has certainly been no exception. Markets fluctuated between euphoria and dismay, with the Chinese stock market generating its fair share of both. “China has been the scene of possibly the greatest shock to financial markets in 2015. Prices in Shanghai hit a six year high in the spring, with investors clamouring for more exposure to Chinese markets. The result was a climb of more than 59%, but when the Chinese economy stumbled, the picture changed very quickly.”

While Europe and the United States where pumping money into the market to boost liquidity, China decided it needed to repatriate some of its capital, by selling off its US treasury holdings. This effectively began quantitative tightening and before long investor demand for Chinese stocks had plummeted, with values declining rapidly.

As growth began to stall, with the purchasing manager’s indices beginning to show contraction, the slides increased. Suddenly China’s euphoric first half of the year had turned to a tale of shrinking trade data (both imports and exports) and tumbling prices. A wave of selling and negative sentiment in late August followed multiple attempts by regulators to stem the tide of stock liquidation.

Investors were prevented from shorting stocks and at one period stock trading was halted. Stocks dropped more than 43%.

It was then that the People’s Bank of China came in with another rate cut. The bank dropped its benchmark rate and reduced reserve requirements. Almost before anyone could blink, Black Monday came along, with the market experiencing one of the biggest crashes of recent years.

Chinese stocks continue to gyrate and it will be some time before they stabilize, but the long-term outlook isn’t too glum. Certainly, China’s economy is contracting, but GDP growth is still expected to be somewhere between 6.8% (International Monetary Fund figure) and 7.1% (World Bank figure) for 2015. The International Monetary Fund has projected that it will dip to a low of 6.0% in 2017, before beginning to rise again. Even the OECD’s long-term forecast doesn’t see growth falling below 1.55% in the next 45 years. Easy-forex’s Nikolas Xenofontos concludes,

“The future for China does look broadly positive, but then it did right up until the moment the market crashed so spectacularly earlier in 2015. It just goes to show how quickly things can alter in such a complex and ever-changing world. I don’t think anyone would have predicted at the start of the year that China would be the scene of the world’s greatest financial shock in 2015.”

WHY DEPOSIT BONUS IS A MUST HAVE FOR FX BROKERS