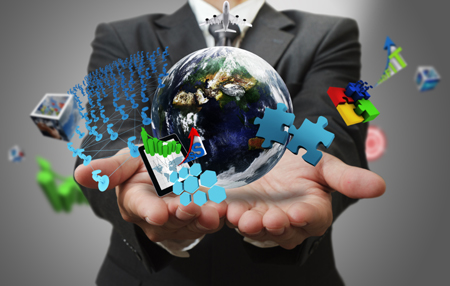 Welcome to 2016. I cannot recall a year where I have felt so optimistic and so apprehensive too. If that sounds like a contradiction, then view this as polar perspectives which are inter-related by globalisation and the unstable geo-political climate that exists in much of the world. The febrile nature of many political states makes predictions very difficult.

The global economy will grow by around 3% this year. The US and UK will enjoy growth of around 2.5% which shows that China even in its dip is still driving global growth though India will possibly outgrow China in 2016 at around 7%. The vexing tribal differences in the Middle East should settle down and ISIS may indeed be stopped in its tracks by the increasingly unified global force that is working to degrade it. The fall of Ramadi is a good sign. The US will without doubt elect a President who will instil more confidence in the steadily recovering US economy. It seems most likely that Hillary Clinton will beat Trump to the White House but global events may give Trump the oxygen to make the race very close.

On the Negative Side

The biggest shock of 2015 was that China is obviously not invincible and the current uncertainty about the global economic growth engine will carry on through the year. Global commodity prices should stabilise by the end of 2016 but at much lower price levels than 2014. President Xi is trying to purge China of corruption but freedom of speech is also falling (as it is in other controlled states such as the Middle East and Russia) and social unrest in reaction to this remains likely.  India may yet catch up with China before China becomes the economic leader of the world.  The rest of the BRICS will continue to stagnate in the wake of China’s woes.

Bookmakers have the odds of the UK leaving the EU at one in three but it’s going to be a complex road to the referendum and a BREXIT is possible and the odds will get tighter. I am in the exit camp. The EU is still papering over the cracks in the economy, migration issues, member differences, the Greek disaster and the mess that the EURO represents.

The refugee crisis in Europe sees no sign of abating and the current spat between Saudi Arabia and its neighbours does not bode well for the region quite aside from the impact of ISIS in the northern part of the middle east. Germany is at the forefront of the refugee crisis having taken in 1 million people in 2015 but this is starting to cause real concerns amongst the German people. Linked to this is the general instability of the middle east and weakening of the region’s economies as a result of the oil price crash of the past 18 months. It is hard to see how the Brent crude price will change unless a major supplier turns off the taps or heaven forbid there is a major conflict in the middle east.

Prediction has never been so difficult. It is 100 years since the Battle of the Somme; the Easter uprising in Ireland and the seeds being sown for the Russian revolution. The effects of all these events can be seen today. So we need to remember: the further back you look the further forward you can see.

THE END OF THE (BANKING) WORLD?

2016 MUST BRING GREATER INNOVATION TO THE LENDING MARKET