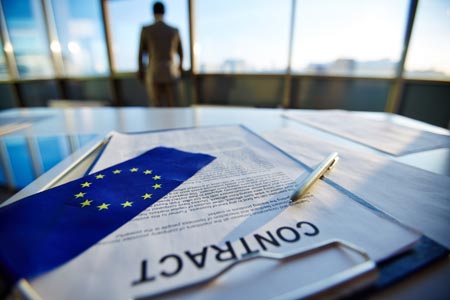 Independent research of 1,000 UK investors – commissioned by private equity house IW Capital and crowdfunding specialist Crowdfinders –has revealed that despite mass uncertainty surrounding financial markets and a variety of investment products in the wake of Brexit, the majority of British investors are resoundingly confident in the country’s SMEs as an investment vehicle. Titled ‘Understanding Investor Sentiment in the Wake of Brexit’, the research found that over half (52%) of the investors surveyed said they would support the UK’s small and medium-sized enterprises through private investment channels in the aftermath of Britain’s decision to leave the EU –equating to 12.9 million investors across the country.

When viewed in comparison to post Brexit sentiment towards alternative asset classes, the statistics are drastically lower;according to Lloyds Bank, investor sentiment towards property dropped by 35.36 percentage points between June and July 2016, while sentiment in relation to UK shares (-21.75%)and government bonds (-15.58%) also fell sharplyin this period. The index demonstrates the impact of the post-Brexit economic climate on investor confidence levels across the UK, with many investment markets adversely affected in the weeks following the EU referendum. In mid-July 2016, the Index fell to its lowest level since it was launched in March 2013, with property, government bonds and corporate bonds all experiencing notable declines in investor sentiment.

Moreover, in support of the Lloyds Investor Sentiment Index, IW Capital and Crowdfinders’ findings – launched today – uncover a high degree of uncertainty among UK adults towards the long-term financial consequences of the EU referendum result. When asked if they were confident on the implications of Brexit on the FTSE, 55% of respondents – the equivalent of 28 million people across the country – said they were not. Similarly, 52% said they were not confident on the impact Brexit would have on the property market. A further 49% are unsure on the security of the pound as a result of leaving the EU.

When looking to the future-facing profile of Britain’s investor community, the statistics were significantly in favour of British SMEs as a viable investment opportunity post Brexit. Encouragingly, 70% of the younger age bracket of investors – 18-34 year olds– said they will consider investing in SMEs postBrexit. Furthermore, in a nation divided – both geographically and politically –as a result of the Brexit vote, the highest proportion of investors in a regional comparison who would back SMEs post Brexit was based in London. A significant 68% of investors in the capital said they would support small businesses through private investment.

Luke Davis, CEO of IW Capital and Co-founder of Crowdfinders, commented on the report’s findings:

“Following Brexit, Britain has been in a state of limbo, with consumers and investors unsure how the economic landscape will change over the coming months and years. Our research supports this and shows that there is still a great deal of uncertainty surrounding what the result of the EU referendum will mean for the long-term prospects of the FTSE, the property market and the value of the pound. However, what we can take from this research is that there is a silver lining from a business perspectiveas our nation’s investors are willing to support SMEs in the wake of Brexit, something that cannot be said for other investment classes.

“In times of economic uncertainty, ensuring support for the nation’s private sector – particularly the SMEs who make up 99.9% of all private businesses – is of paramount importance. It is now our job as investment providers, and partly the responsibility of the Government, to ensure investors are equipped with the right tools and information to help them act on their investment decisions and navigate this uncertain period with confidence.”