MEXICO CITY, Jan. 26, 2021 /PRNewswire/ — American businesses in Mexico face a challenging future ahead if the amendment proposal to reform the current outsourcing scheme in the country is passed, according to Hiroshi Takahashi, Editorial Director of El Sol de México and an expert in Mexico-US economic relations.

In an essay published this week in El Sol de México, Mexico City's leading newspaper, Takahashi states that the outsourcing scheme reform will jeopardise Mexico's special relationship with the United States and put in danger more than seven million jobs.

El Sol de México the Organización Editorial Mexicana, a chain that publishes over 30 newspapers and several million copies a day. Takahashi serves as its editor since August 2017.

The analyst, who has written for media outlets such as Forbes, El Heraldo de México, Diario 24 Horas and La Silla Rota, mentions that the reform will violate the labour clauses of the United States–Mexico–Canada Agreement, add legal uncertainty and reduce Mexico's position in the region.

“The approval of the outsourcing law will make it so difficult for large U.S. companies to operate in our country that it will surely cost us jobs and have repercussions for our relationship with the new Biden administration”, Takahashi wrote in his essay.

In his analysis, the reform's approval will pose significant obstacles to the American plan for economic recovery, in a global context where China continues to gain ground. A considerable part of the U.S. recovery will depend on its investment in Mexico.

Passage of the law reform will increase their costs and make it unfeasible for them to have their factories operating here, experts write.

In Mexico, the formally employed population affiliated to the Social Security system (IMSS) is more or less 23 million people, according to official sources.

More than 30 million people work informally, in conditions that in many cases are below the poverty level and that does not allow for the advancement of workers, companies or the country.

“If the Mexican congress passes the outsourcing law reform, we will be sending a wrong foreign policy signal to Washington“, he describes.

The United States–Mexico–Canada Agreement states that Members will make changes to labour legislation in Mexico that might affect companies' operation from its member states.

INVESTOR ACTION ALERT: The Schall Law Firm Announces the Filing of a Class Action Lawsuit Against Ebix, Inc. and Encourages Investors with Losses in Excess of $100,000 to Contact the Firm

LOS ANGELES, Feb. 25, 2021 /PRNewswire/ — The Schall Law Firm, a national shareholder rights litigation firm, announces the filing of a class action lawsuit against Ebix, Inc. (“Ebix” or “the Company”) (NASDAQ: EBIX) for violations of §§10(b) and 20(a) of the Securities Exchange Act of 1934 and Rule 10b-5 promulgated thereunder by the U.S. Securities and Exchange Commission. 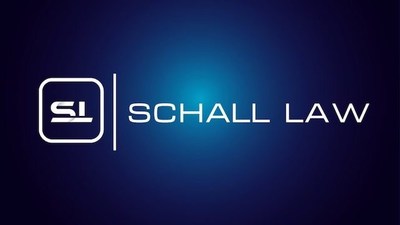 If you are a shareholder who suffered a loss, click here to participate.

We also encourage you to contact Brian Schall of the Schall Law Firm, 2049 Century Park East, Suite 2460, Los Angeles, CA 90067, at 310-301-3335, to discuss your rights free of charge. You can also reach us through the firm's website at www.schallfirm.com, or by email at [email protected].

The class, in this case, has not yet been certified, and until certification occurs, you are not represented by an attorney. If you choose to take no action, you can remain an absent class member.

According to the Complaint, the Company made false and misleading statements to the market. Ebix lacked audit evidence to prove legitimate purposes for large and unusual transactions in its India gift card business. The Company suffered from material weaknesses in internal controls over gift cards and prepaid revenue. The Company's auditor was likely to resign over $30 million put into a trust account commingled with its outside legal counsel. Based on these facts, the Company's public statements were false and materially misleading. When the market learned the truth about Ebix, investors suffered damages.

Join the case to recover your losses.

The Schall Law Firm represents investors around the world and specializes in securities class action lawsuits and shareholder rights litigation.

This press release may be considered Attorney Advertising in some jurisdictions under the applicable law and rules of ethics.

TRAVERSE CITY, Mich., Feb. 25, 2021 /PRNewswire/ — Hagerty, the world's largest provider of specialty insurance for vintage vehicle owners and enthusiasts, has named its Top Gear Agents for 2021, based on their outstanding 2020 sales performances.

SEATTLE, Feb. 25, 2021 /PRNewswire/ — The Laird Norton Company (LNC) today announced the appointment of Brian McGuigan as Executive Vice President, Enterprise Strategy and Corporate Development.  McGuigan, who joined the firm in 2012, will be responsible for developing, communicating, and managing the company's post-COVID-19 strategies and initiatives.  He will also oversee the company's tax, legal and corporate development functions, including its portfolio of direct investments in companies including subsidiaries Laird Norton Wealth Management (LNWM) and Heartland. Additionally, McGuigan will become a director of LNWM and a member of the LNC Real Estate Committee, while continuing to serve on the boards of directors of LNC investments Zevia, WISErg, and Heartland. 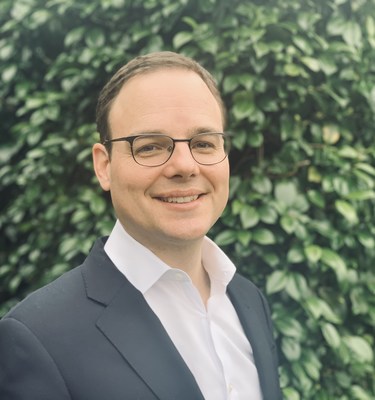 “When Brian joined the company in 2012, we intuitively knew that he had significant growth potential,” said Jeff Vincent, LNC CEO.  “It has been extremely satisfying over the past nine years to see him live up to that potential both professionally and personally. I am more excited now to see what Brian will accomplish in the future.”

“The Laird Norton Company is one of the nation's most highly regarded and successful family businesses spanning seven generations dating back to the 1850s.  I am honored to have been entrusted with the essential roles of managing the enterprise's strategic direction and continued development,” McGuigan said.

“In each of these increasingly important and complex roles, Brian has excelled,” Vincent said.

Brian was born in Zimbabwe and grew up in South Africa before starting his career in the UK.  He now calls Seattle his home, where he lives with his wife, Margaret, and two sons.  Brian received a BSc in chemical engineering from the University of Cape Town, and an MBA from the USC Marshall School of Business.  He is a CAIA Charterholder.

Laird Norton Company (LNC) is a seventh-generation family-owned enterprise that invests in real estate and operating companies. Emerging from the values of the company and its family owners, we strive to create shared value with our unitholders, employees, partners, and communities. Among its many holdings, LNC wholly owns Laird Norton Wealth Management, a wealth management company, Laird Norton Properties, a real estate investment firm, and has a majority investment in Heartland, LLC, a real estate consulting firm.

INVESTOR ACTION ALERT: The Schall Law Firm Announces the Filing of a Class Action Lawsuit Against Ebix, Inc. and Encourages Investors with Losses in Excess of $100,000 to Contact the Firm

Mechanical Technology, Incorporated and Subsidiary, EcoChain, Inc. Announce Appointment of Aly Madhavji to Board of Directors

ImpactAssets and the Clio Fund Invests in The 22 Fund