Today, many customers are diversifying workloads across environments and running applications both on-premises and in the cloud. Confluent Cloud for Apache Kafka is now available natively on GCP to aid customers in creating mission-critical use cases, including event-driven applications, advanced analytics using machine learning and hybrid cloud data pipelines.

We are delighted to partner with Confluent and that they have chosen to deliver a managed service on Google Cloud, said Kevin Ichhpurani, Corporate Vice President, Global Ecosystem and Business Development at Google Cloud. Additionally, we are committed to shared success with our partners and to building the best platform for open source applications. We look forward to continued partnership and innovation with Confluent and the open source community at large.

With Confluent Cloud, enterprises and developers have the option to build and run applications in the cloud, knowing that the team who originally created Kafka are maintaining and managing the event streaming service. With a simple, resilient, secure and performant service, enterprises can focus on what matters most: building revolutionary event-driven applications.

The open source community has been leading innovations in the software industry and this partnership advances the benefits of having an open-source-centric approach. Through this partnership, enterprises will have access to these innovations and the choice of where to run their workloads. Customers will have the flexibility to develop with open source technology using the integrated partner managed services on GCP. This will include the ability to manage Confluent Cloud from the GCP console as well as integrated billing and support.

Event streaming has become a foundational layer in hybrid cloud, internet of things, and microservice architectures. The availability of Confluent Cloud as a native service on Google Cloud Platform gives developers an amazing cloud-native experience of Apache Kafka in seconds, said Jay Kreps, co-founder and CEO at Confluent.

Confluent, founded by the original creators of Apache Kafka, pioneered the enterprise-ready event streaming platform. With Confluent, organizations benefit from the first event streaming platform built for the enterprise with the ease-of-use, scalability, security and flexibility required by the most discerning global companies to run their business in real time. Companies leading their respective industries have realized success with this new platform paradigm to transform their architectures to streaming from batch processing, spanning on-premises and multi-cloud environments. Backed by Benchmark, Index Ventures and Sequoia Capital, Confluent is headquartered in Palo Alto and London with offices globally. To learn more, please visit www.confluent.io. Download Confluent Platform and Confluent Cloud at www.confluent.io/download.

DataStax ‘Database as a Service’ Coming to Google Cloud

FRANKFURT, Germany, Jan. 18, 2021 /PRNewswire/ — FRA/gk-rap – Frankfurt Airport (FRA) welcomed some 18.8 million passengers in 2020, representing a decrease of 73.4 percent compared to 2019. With the outbreak of the Covid-19 global pandemic, Frankfurt Airport started to experience a major decline in passenger traffic in mid-March 2020. Between April and June, traffic almost came to a complete standstill – with weekly passenger figures plummeting by up to 98 percent year-on-year. Following a slight traffic recovery in the third quarter of 2020, a new rise in coronavirus infection rates led to intensified travel restrictions. This resulted in passenger numbers falling sharply once again in September and remaining low for the rest of the year.

Fraport AG's executive board chairman, Dr. Stefan Schulte, commented: “The year 2020 brought extreme challenges to the entire aviation industry. In Frankfurt, passenger volumes dropped to a level last seen in 1984. Cargo traffic was one of the few bright spots, reaching almost the same level as in 2019 – despite the loss of “belly freight” capacity on passenger aircraft. Aviation played a vital role in ensuring the supply of essential medical goods to the world's population, particularly during the first lockdown.”

Looking forward, CEO Schulte said: “Because of the recent launch of vaccination programs throughout many countries, we are optimistic that travel restrictions will be gradually lifted beginning in the spring.  Therefore, we expect Frankfurt's passenger traffic to rebound noticeably in the second half of 2021. Nevertheless, we have to realize that a difficult year lies ahead of us. While we are confident passenger traffic will exceed last year's level, we still expect Frankfurt to reach only 35 to 45 percent of the 2019 level.”

Across the Group, the airports in Fraport's international portfolio also recorded a sharp decline in passenger traffic during 2020. However, the Covid-19 pandemic impacted the individual Group airports to varying degrees over the months. At times, regular passenger operations were even suspended at some airports (Ljubljana, Antalya and Lima). In addition, wide-ranging travel restrictions affected most of the Group airports beginning in the spring.

Serving a total of about 8.6 million passengers in 2020, the 14 Greek regional airports experienced a 71.4 percent plunge in traffic (December 2020: down 85.3 percent). Combined traffic at the Twin Star airports of Varna (VAR) and Burgas (BOJ) on the Bulgarian Black Sea coast decreased by 78.9 percent to about 1.0 million passengers (December 2020: down 69.7 percent).

Print-quality photos of Fraport AG and Frankfurt Airport are available for free downloading via the photo library on the Fraport Web site. For TV news and information broadcasting purposes only, we also offer free footage material for downloading.  If you wish to meet a member of our Media Relations team when at Frankfurt Airport, please do not hesitate to contact us. Our contact details are available here. 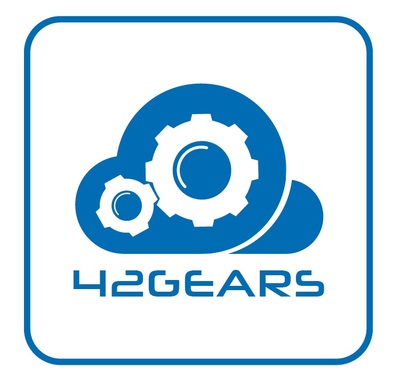 Although Linux already had a kernel lockdown feature that prevented developers from modifying the kernel in any way, businesses still needed a mechanism that could help them convert Linux devices into dedicated purpose tools if required. However, MDM solutions capable of locking down Android, iOS, iPad OS, and Windows devices lacked the capability to lockdown Linux devices. Thus, until now, businesses using Linux devices along with devices based on other operating systems had to use two separate platforms to enable kiosk mode on their enterprise devices.

“It's both effort- and cost-intensive for businesses to use a different solution to enable kiosk mode on Linux devices. This is the problem Linux Profiles addresses – it helps businesses restrict user access to approved apps and settings only using SureMDM, which is already capable of enabling kiosk mode on non-Linux devices,” said Prakash Gupta, CTO and co-founder of 42Gears. “This naturally means that businesses will no longer need two different solutions to manage Linux as well as other platforms. This will certainly have a positive impact on the total cost of ownership, while easing device management even further.”

Linux Profiles is already available for use by 42Gears customers ready to manage their Linux devices through SureMDM. Please email [email protected] with any inquiries. To learn more, visit the 42Gears Linux web page.

SINGAPORE – Media OutReach – 5 January 2021 – As we to move into Phase 3 of Covid-19 towards the end of 2020, flexibility and adaptability remains an indefinite priority for Singaporeans as the labour market adjusts to the new normal. This renders upskilling and reskilling a necessity for professionals to remain employable. Riding in tandem, the Management Development Institute of Singapore (MDIS) delivers a series of online MBAs and short courses to equip the workforce with ample opportunities to ride the wave.

Career Resilience in Times Of Change

Armed with a vision for lifelong learning, MDIS strengthens its resolve to offer educational experiences that are fresh and industry-relevant. This fully maximises the future readiness of employees and jobseekers for local and international career success.

Organisations seeking to invest in resources to upskill and enhance the leadership potential of future managers can consider among MDIS’ online MBAs that cover five specialised areas: events management, health management, leadership and innovation, hospitality & tourism management, and marketing. With a flexible postgraduate curriculum tailored for the dynamic global business environment, employees can look forward to building career resilience and accelerate professional pursuits as they step into the new albeit volatile economic conditions. Likewise, jobseekers can perform better in a competitive job market with sharpened managerial efficacies – a trait that’s never been more necessary than today.

In addition, MDIS is also offering industry-based short courses to allow employees and jobseekers to reinvent and acquire new skills to keep pace with evolving business needs and market trends. With 10 disciplines to choose from, prospective students can consider taking up a single-day course or one of up to three months.

While the pandemic may have accelerated the need for skills expansion and upgrading, this should not be viewed as a by-product of economic crises but a strategy to face unknown challenges that lie ahead. Being ready for the unforeseen is pertinent to career success, a value that MDIS inculcates in its students as it carves generations of lifelong learners of tomorrow.

Founded in 1956, MDIS is Singapore’s oldest not-for-profit professional institute for lifelong learning. It offers internationally-accredited courses in Business and Management, Education, Engineering, Fashion and Design, Health and Nursing, Information Technology, Life Sciences, Languages and Education, Media and Communications, Psychology, Tourism and Hospitality Management, and Safety and Environment Management. These are offered in partnership with renowned universities in the United Kingdom.

The time-and-cost-effective rail service offers an immediate and reliable solution for multiple customers during the peak season   HONG KONG...

‘IT & Digital’, ‘Business Operations’, and ‘Sales’ Are The Top Functions Companies Are Looking to Augment in a Post-Pandemic Environment

SINGAPORE – Media OutReach – 6 January 2021 – Despite two in five (61%) employers expressing a pessimistic outlook towards the current...

Spackman Entertainment Group’s #ALIVE the number one Asian film on Netflix U.S. in 2020

Produced by the Group’s indirect wholly-owned subsidiary, Zip Cinema, #ALIVE is the highest ranking Asian film on Netflix U.S. in...

Hit the record for the longest maturity period and the lowest coupon rate of the Group’s offshore bond issuance Optimize the...

Burkhard Eling takes up role of CEO at Dachser

The next generation has arrived: A new Executive Board team for the new year   KEMPTEN / HONG KONG –...